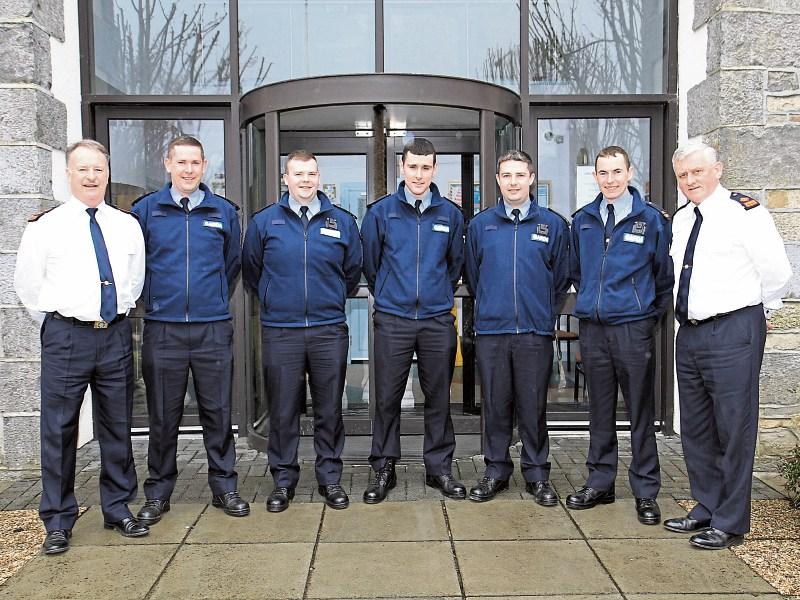 Longford's Garda Division has this week been boosted by the addition of five new members.

News of the additions has was suitably lauded by Superintendent Treanor.

In welcoming the new arrivals, the Longford Garda chief said it would go a long way towards achieving his and the wider Division's crime fighting goals.

“We have been seeking new resources for the last while and we have also seen a number of new people come into the District but this is a very welcome additional boost,” he said.

Most of the new recruits assigned to Longford hail from the Galway, Mayo and Roscommon regions and range in age from 23 to 30 years-old.

It comes as part of a government backed plan to boost Garda numbers by more than 600 during the course of 2016.

According to recent Garda Representative Association (GRA) figures, 685 recruits have qualified and a further 150 are in training at Templemore College in Tipperary.

Supt Treanor said he was appreciative of calls from certain sections of the community for an increasing Garda presence on the streets of Co Longford in a bid to crack down on crime.

He said being able to accomodate the five new members together with other recent additions were extremely positive developments.

“We (Longford Gardaí) are well aware that there have been calls for more resources and thankfully we have seen our number rise accordingly,” he said.

Details of the Longford District's increased officer pool follows recent confirmation that the Longford/Roscommon Division's drugs unit was one of only a handful of divisions to escape government spending cuts since 2013.