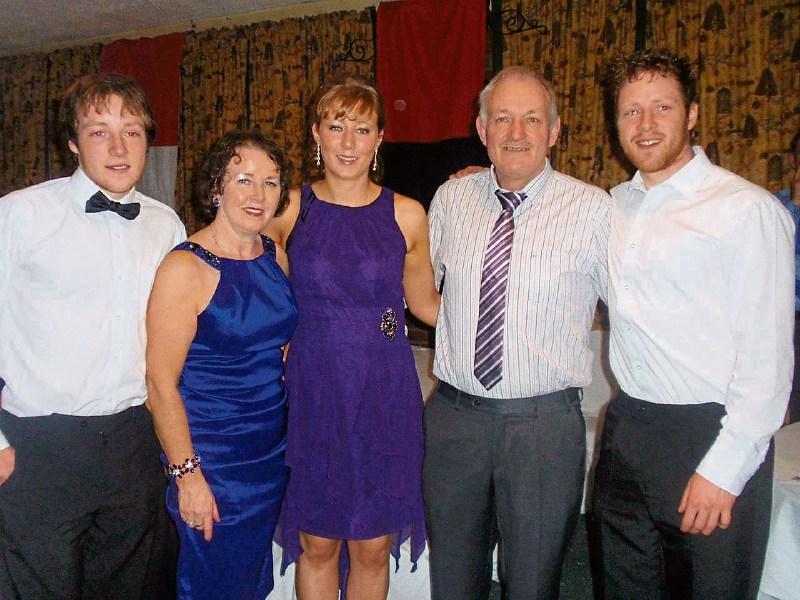 Locals are being urged to get on their bikes on Saturday, April 9, in memory of the late Terry McCormack, Ennybegs, Killoe.

Terry, a well known figure throughout the county, most notably for his sporting prowess and his service in the Defence Forces, took ill while out cycling with friends and sadly passed away on April 17, 2015.

Now, his family – wife Josephine, sons Sean and Padraig and daughter Sinead – are joining forces with a dedicated and enthusiastic committee to host a cycle in memory of a great family and community man and in aid of a charity that was close to his heart.

“The idea [for the cycle] originally came from Sean Clarke,” explained Terry's son, Sean. “Sean is part of a group of friends close to dad who would cycle with him on a regular basis.”

Adding that his father was very fond of the group, Sean revealed that Terry had expressed a wish to host a cycle in aid of Fighting Blindness. When this wish was revealed to the family, they jumped at the chance to get involved with what Sinead called a “fantastic committee”.

“When Sean Clarke told us about what Dad was intending to do, we felt what better way to honour him than to honour his intentions,” Sean continued, alluding to his father's love of sport, from representing Longford Rugby Club, Clonguish and Killoe and later, cycling.

“Terry loved cycling,” Josephine added. “I could always sense how happy he was whenever he would head off. Therefore it seemed most suitable to host a cycle.”

The response to the cycle has, according to Padraig, so far been “overwhelming” and he added; “The generosity and support of people has been vital to us as a family over the past year, and again in preparation for this event.”

The most difficult part for the family, however, has been accepting the fact that the event is taking place in memory of a beloved father and husband, but again, Sinead commended the committee “who have carried us from day one and will continue to carry us to the day of the event”.

Entry costs just €25 and those not taking part who wish to make a donation can do so on the day or via the Facebook page (search for Terry McCormack Memorial Cycle).

Those who would like to volunteer for the event can also get in touch via the event page.

Information on the cycle and the routes is available on Facebook and will be displayed on the day, and all cyclists will be gathering back at the Sin Bin after the event for refreshments. Further refreshments will be provided in The Olde Forge, Killoe later that night.

As Padraig encouraged everyone to come out and enjoy the atmosphere, regardless of participation, Sinead added; “To see people from all over turn up for the practice cycles at 9.30am each Sunday morning is a credit to them and this again typifies the support of everybody. This will continue up until April 9.”

With Josephine pointing out that she would like the occasion to be a social and memorable one for all – being “exactly how Terry would do it” - the final words fell to Sean, who said; “Our only wish is that our father was here to enjoy this occasion. He would be extremely proud.

“This event has been organised to honour our father’s personality, and the contribution he has made to the lives of others.

“Anybody who was ever in dad’s presence knew they were in the presence of someone special. This event will be the same.”

Going on to thank everyone in advance for their support and generosity, Sean concluded by quoting his late father; “ If the weather does not turn out so good on the day, remember what Terry would say and ‘Throw caution to the wind!’”