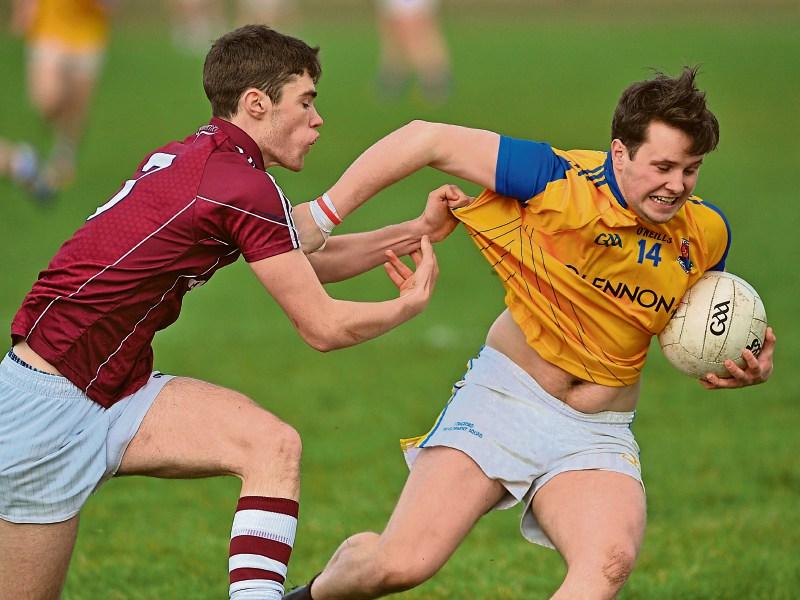 Injuries, illness and unavailability allied to the opportunity for the manager Tony Devlin to experiment with the bulk of the fringe members of the squad created a humiliating experience for the Longford minors who were crushed by Galway in Round 2 of the Connacht League at Leo Casey Park, Ballymahon on Saturday last.

It was a very embarrassing defeat, to say the least, with the landslide margin of 33 points separating the sides in the finish, and the far superior Galway outfit inflicted most of the damage in the first half to establish a staggering 5-12 to 0-1 lead at the break in what was nothing more than target practise.

It was supposed to be a competitive fixture in the build-up to the provincial championship but it turned out to be of no use for either county and it was all very demoralising for the outclassed Longford players on the pitch as the slicker and sharper Galway side ran riot in this completely one-sided affair.

At the end of the first quarter the visitors had stormed into a very commanding 3-9 to 0-0 lead with the opening goal coming from full-forward Finian O’Laoi in the 8th minute who fired home the rebound after his initial effort was well saved by the opposing keeper Oisin Hourican.

A second goal from O’Laoi materialised in the 10th minute and soon after Barry Goldrick found the back of the net. Further misery was heaped on the poor Longford team when another couple of goals were registered through Luke Smyth (18th minute) and substitute Robert Finnerty (22 mins) and all six Galway forwards got on the scoresheet in the first half demolition job.

Just before the break Longford finally registered their first score when Robbie O’Connell converted a free in stoppage time but Galway were showing no mercy as they added another 1-4 to their tally in the early stages of the second half.

Points from Lorcan Molloy, Robert Finnerty, Barry Goldrick and another substitute Desmond Conneely were followed by a flicked goal from Luke Smyth in the 39th minute. At this stage Longford introduced four replacements in quick succession including regular forward Thomas McGann who made his mark by landing three points - from a ‘45’, a free and a fine strike from play.

That was the best the home county could manage in the second half while Galway clocked up three more points through Barry Goldrick, Ross Murphy and Luke Smyth to run out ridiculous easy winners of this mis-match.

Let's hope that Longford are in a position to field their strongest possible side against Roscommon in the next round of the Connacht Minor League at the Kilglass Gaels ground on Saturday next (1pm) as the preparations continue for the Leinster Championship first round game away to Westmeath on Saturday April 16th.