Talented Tony back in the spotlight 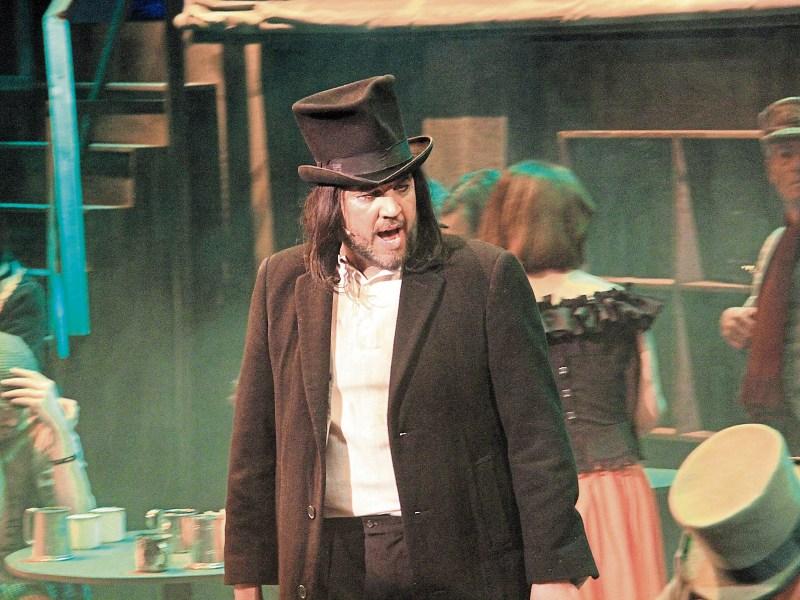 Excitement is building ahead of the 2016 St Mel’s Musical Society production, ‘The Addams Family’.

And it being a family-led and family-oriented show, it’s only suitable that one of its leading characters should be a man whose family were instrumental in igniting his love for theatre.

“I came from a family who always had theatre in their background,” explained 2015 winner of the Derek Belton Memorial Award, Tony Wadd, who will play the role of the Addams Family patriarch, Gomez. “My parents would have acted,” he said, adding that his sister is also a performer.

It has continued on in his own family, too, as his daughter Aoife is also an extremely talented actor and singer.

Reminiscing on his first foray onto the stage, he laughed; “My first production was at four years of age, onstage in a ballet production.

“They didn’t have anyone else to take part!”

He also acknowledged the lady who was involved with the dance school, who recently passed away, to whom he attributes his interest in performing.

For many years afterwards, the Nottingham native continued to perform, be it as part of the Boys' Brigade or singing, but he added that after he left school, it “staggered” for about 17 years.

Between 1984 and 2001, work and family commitments kept Tony busy, but in 2001, when he and his family moved to Boyle, he took the opportunity to audition for the chorus of ‘Joseph and his Amazing Technicolour Dreamcoat’. Landing the lead role instead, Tony has continued to perform since, delighting audiences with his portrayal of the likes of Frederick in ‘Pirates of Penzance’ with Boyle to his first outing with St Mel’s Musical Society when he performed as a member of the chorus for ‘Little Shop of Horrors’ in 2008. Now based in Kenagh with his family, wife Dervla, son Ciarán and daughter Aoife, Tony has settled well into the local Musical Society, securing a number of memorable roles - most notably a powerful performance as a terrifying Bill Sykes in 2014’s ‘Oliver’ - and also dedicating time to his role as Secretary of the committee. He has also tread the boards with Backstage Theatre Group and appeared in local Pantomime.

Gomez, however, is a new challenge for Tony, and one which he is thoroughly enjoying.

“He’s quite a challenging role to be quite honest,” Tony admitted. “There’s a lot of light and shade in him.

“He has no boundaries, in certain aspects. He likes his sharp suits and his cigar. He is the head of the household but he is a bit naive and foolish.”

Paying tribute to Janice Belton, who plays his onstage wife Morticia, Tony added; “Janice is great to work against.

“There’s a good tight group and we all just get on together.”

As well as memorising lines and songs, Tony also has to put on his dancing shoes and practice sword-fighting for the role.

“I’m living and breathing it,” he admitted. “I’m in the car listening to the tapes, I’m doing lines while walking the dog!”

Tony also acknowledged the work that Musical Director Fintan Farrelly, Choreographer Emer O’Brien and Director Tim Landers have put into a production which he feels will be a very enjoyable one for the local audiences.

“I’m really enjoying it,” Tony smiled. “I hope that the people themselves come out and enjoy it because it is a great show.”

Thanking the society for their support and for entrusting him with the role, Tony then turned his attention back to his family.

“My thanks is really to my wife and family, who allow me to take the time out to do this,” he added.

The Addams Family will haunt the Backstage Theatre in Longford for nine nights from Friday, April 15 until Saturday, April 23.

Tickets are selling fast and early booking is encouraged to avoid disappointment. Tickets are now available by ringing 043 33 47888, online at www.backstage.ie or from Farrell & Coy in Longford town.