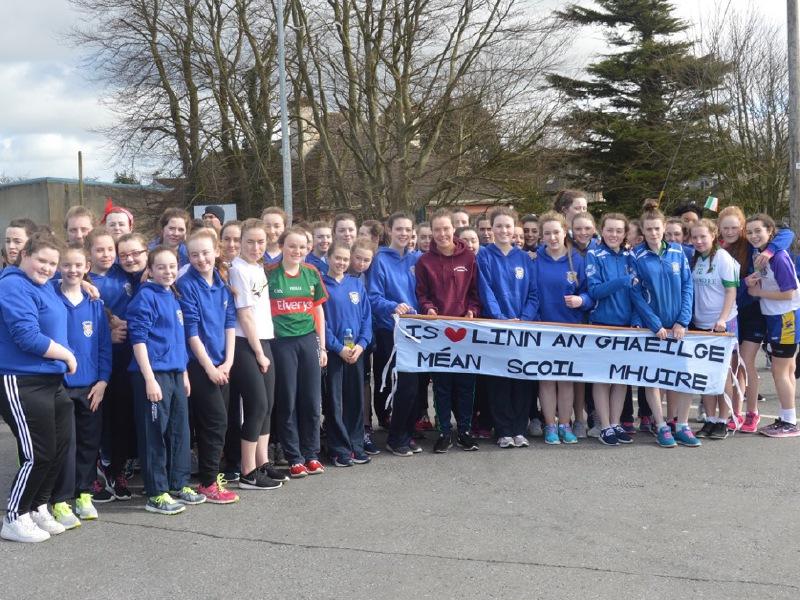 More than 350 students and teachers from five Longford schools joined in Rith 2016 when it arrived in town on Wednesday, March 9.

A 700km relay, organised as part of Seachtain na Gaeilge, the race sees participants run through the 32 counties carrying ‘Bata an Uachtaráin’, a baton containing a message from President Michael D Higgins.

Starting with Gaelscoil, Longfoirt, the ‘bata’ moved to Meán Scoil Mhuire, where 106 students and a number of teachers ran with it as far as the County Council.

Following an address from Cathaoirleach of Longford County Council, Cllr Gerry Warnock, St Mel’s College took the baton and ran with it as far as Templemichael College, before it was handed on to St Joseph’s NS.

To round off the day, all runners were invited up to Meán Scoil Mhuire, where some of the school’s talented musicians provided entertainment in the sunshine.

An exciting occasion, Rith proved to be quite inspirational to the participating students, who took the opportunity to show their love of, and respect for, their native language.