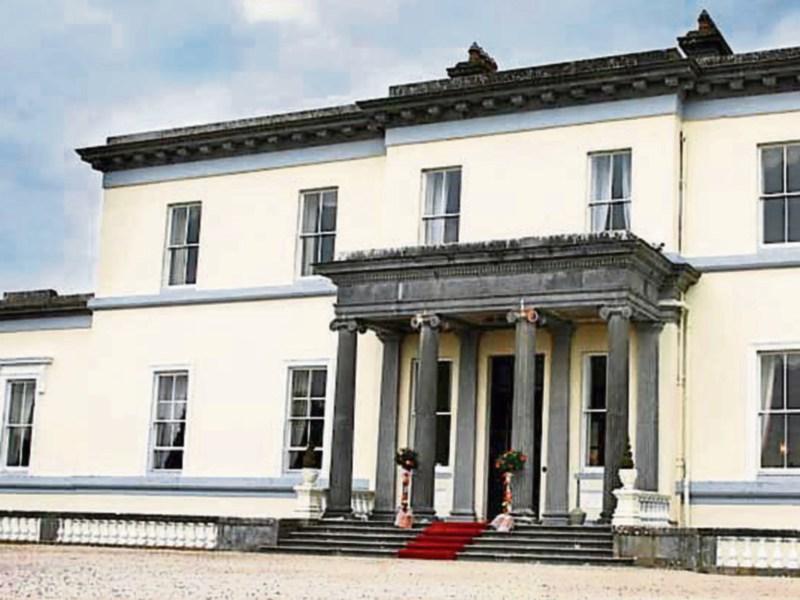 A Co Longford bride-to-be has hit out at the owners of a Westmeath based hotel who last week closed its doors with immediate effect.

Lanesboro woman Brid Rhatigan was one of several brides to learn last Friday of the decision to close Middleton Park House in Castletown Geoghegan, Co Westmeath.

Ms Rhatigan had been scheduled to marry her fiancé Joey Horgan on May 21 in front of 120 guests.

However, those plans were brought to a shattering halt last Friday when confirmation came through that their booking and €1,000 deposit had gone.

In an email sent by Gerard Lynam, the director of the company- Fredel Ltd, behind the hotel, couples were told the closure decision had been made “with deep regret”.

Its owners said the main reason for its cessation was because the premises required “substantial work” to comply with a fire enforcement notice.

Couples like Brid and Joey were advised to “make alternative arrangements” for their big day.

Brid said they, unlike many other couples, have since been able to secure an alternative venue as rumours over the hotel's future intensified in recent weeks.

But she said the fallout from the news has left a bitter taste behind.

“Luckily, we have managed to get a hotel in Mullingar for the same date,” she said.

“What's disappointing is I had got the invitations and paid all my stationery too.”

Brid said she even visited the venue once in a bid to clarify her own situation.

She added that representatives from the hotel attempted to dampen fears over its long term viability.

“We copped on around Christmas that their was something wrong, but all we were getting was lies,” she alleged.

“We then got a couple of emails and a phone call from a new employee saying that all the rumours were untrue.

She added that if the hotel had been “honest from the start” other people would have been able to secure an alternative venue.

Brid claimed as many as 20 other couples have been affected by the closure.

The Leader tried to make contact with the hotel on Tuesday with no success.

An email sent bounced back while there was no reply from its telephone.

In a statement issued to 'Midlands 103', Mr Lynam confirmed the hotel's closure.

It's understood seven employees have lost their jobs with 30 casual staff also affected.

Mr Lynam said 18 weddings were booked at the hotel between April and the middle of next year.

He said refunds are unlikely as Fredel Ltd, has no cash or assets.

He also conceded the hotel was not likely reopen for a long time, if at all.