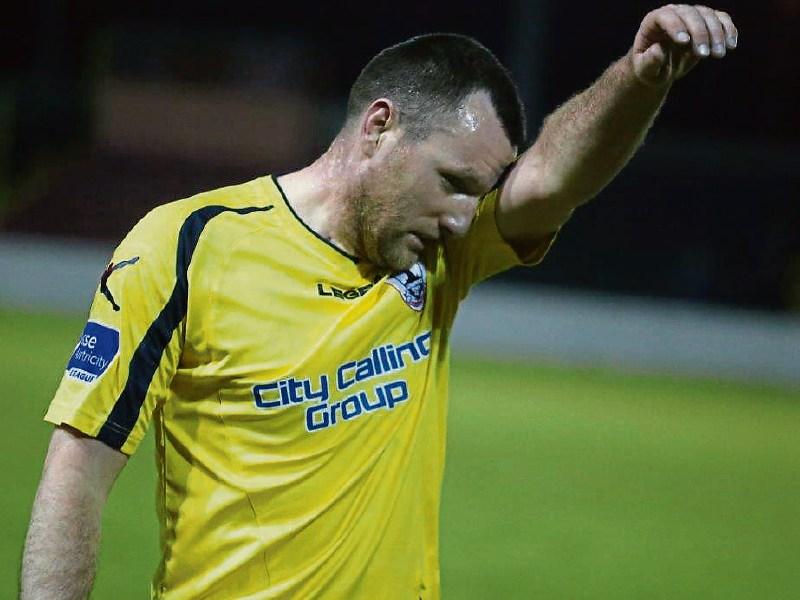 Cork City hit Longford Town for six as they recorded their biggest win under manager John Caulfield who watched his side run riot in the Premier Division league clash at Turner's Cross on Monday night.

It was a horrendous experience for Longford Town who were crushed by rampant Cork. After losing to Derry City on Friday night the Munster club were all out to make amends and they did that in great style in front of their home supporters in the 2,302 attendance.

Such was Cork’s superiority that they created all the chances in the game and outclassed Town failed to trouble the home keeper Mark McNulty.

Just three minutes had gone on the clock when the home side took the lead; Steven Beattie firing to the roof of the net after the ball broke to him on the edge of the box.

Settled by that early goal the home side continued to create chances and in the 10th minute they doubled their advantage when Kevin O’Connor’s pass was turned into the net by ex-West Ham man Sean Maguire.

Longford struggled to get into the game as City dominated. Karl Sheppard shot went over the bar in the 35th minute while the same player was unlucky not to get City’s third in the 39th minute; Town netminder Paul Skinner parried Gearoid Morrissey’s shot and the ball fell to Sheppard but his effort just went wide.

On the stroke of half-time Cork got a killer third goal; Beattie’s shot came off the upright and Danny Morrissey was on hand to score from the rebound.

The Town didn’t create anything of note in the first half and the opening exchanges of the second half was all about the home side. In the 47th minute Maguire and Beattie combined to set up Danny Morrissey but his shot came off the crossbar.

Six minutes later and Beattie got his second goal and City’s fourth. Sheppard’s cross was met by Danny Morrissey who chested the ball into Beattie’s path and he made no mistake in finding the back of the net.

It could have been 5-0 in the 59th minute but Maguire’s shot from a tight angle just whizzed across the face of the goalmouth.

After being completely out of the game the Town won a corner in the 64th minute but it came to nothing. Four minutes later and Beattie completed his hat-trick as Longford conceded a fifth goal; Sheppard’s powerful shot cannoned off the crossbar but it fell nicely to Beattie who drilled a low shot into the corner of the net.

Beattie came close to setting up another Cork goal in the 71st minute; after doing well to get into a good position he picked out Maguire but he directed his effort wide.

It got even worse for Town in the 79th minute when Cork grabbed their sixth and final goal. John Dunleavy picked out Danny Morrissey with a fine cross and he somehow flicked the ball over his head before finishing to the net with a wonderful strike to complete the demolition job.