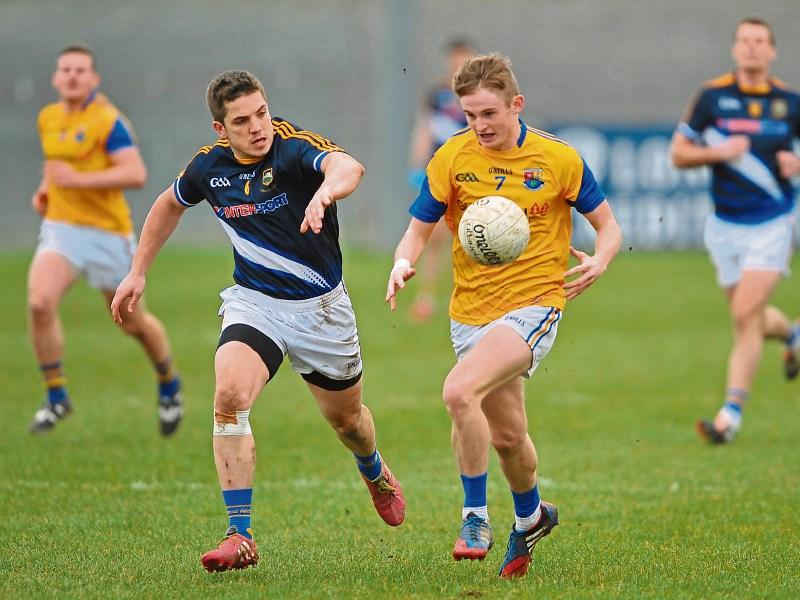 While not safe just yet due to Sligo’s shock success away to the previously unbeaten table toppers Kildare, Longford took a big step in the right direction when they registered another great win in the so competitive Division 3.

Tipperary lost for the first time in the National League this season and the home county deserved to come out on top in this entertaining encounter that was enjoyed by the official attendance of 530 spectators at Glennon Brothers Pearse Park on Sunday last.

The Longford attack looked really sharp in shooting 18 scores away to Sligo the previous week and it was more of the same impressive stuff as they clocked up another 1-17 in moving away from the relegation zone and still in with a decent chance of claiming one of the two promotion places.

Next up are Clare (one of four teams including Longford who are locked together on six points in second place) on Easter Sunday (March 27th) but that is going to be a difficult task in Ennis as will the remaining fixture at home to neighbouring rivals Westmeath on Sunday April 3rd.

At this moment in time manager Denis Connerton would obviously settle for consolidation in Division 3 as the rebuilding process continues and his generally youthful side are so close to achieving that objective.

One of those young guns, James McGivney, was in outstanding form on this occasion as he fired over five cracking points from play while Brian Kavanagh produced his best performance in quite some time with the Ardagh man shooting a total of eight points (five from frees).

Midfielders Michael Quinn and Darren Gallagher also played a notable part in the latest win for Connerton’s charges, figuring prominently at different stages of the game, while Barry McKeon was also much to the fore with his immense workrate - a key factor that is running through the team.

Experienced forward Francis McGee may no longer be a member of the squad, having apparently decided to opt out, but there is still plenty of scoring power which has been clearly reflected in the last two positive results against Sligo and Tipperary.

Five of the six starting forwards got their names on the scoresheet on Sunday last with the leading lights Brian Kavanagh (5) and James McGivney (3) accounting for eight of the ten points in the first half that left Longford leading by 0-10 to 0-7 at the break despite kicking no less than eight wides as compared to just one for the visitors.

Darren Gallagher and Mark Hughes were also on target while Michael Quinlivan and Conor Sweeney, the dangermen in the Tipperary full-forward-line, registered six points (three frees) between them in the first half with the other score coming from Jason Lonergan.

Some top quality finishing, to say the least, and Tipperary went close to getting a goal in the 14th minute when defender Donagh Leahy had his close range shot blocked down in fine fashion by Darren Gallagher in what was a lucky escape for Longford.

Another highlight in the first half was the terrific penetrating run by Michael Quinn out of defence that led to him winning a close range free at the other end of the pitch and which was duly converted by Brian Kavanagh in the 32nd minute.

The so committed Longford defence were working really hard to close down the Tipperary attack but were eventually caught out when Jason Lonergan found enough room to score a goal with three minutes gone on the changeover, just after Conor Sweeney had landed a point.

That strong start to the second half left them leading by 1-8 to 0-10 and a point apiece was then exchanged between Liam Connerton and Sweeney (free) before Tipperary suffered a significant setback in the 45th minute when Sweeney was dismissed for a black card foul on Dermot Brady.

Moments later Tipp extended their advantage to two points when Michael Quinlivan fired over a free but they failed to score again until the 69th minute when Quinlivan converted another free.

Longford showed tremendous character to shoot five points in a row through Barry McKeon, Brian Kavanagh (three frees) and James McGivney to change the course of the game.

Tipperary, on the other hand, began to panic in missing a number of chances - although they were unlucky not to score another goal in the 49th minute when a shot from Michael Quinlivan hit the post.

Having said that, Liam Connerton was most unfortunate not to find the back of the net in the 60th minute when he flicked the perfect pass from Robbie Smyth against the crossbar but a terrific point followed immediately from James McGivney to leave Longford 0-15 to 1-10 ahead.

Things got even worse for Tipperary when they were reduced to 14 players after defender Shane Leahy was sent-off for a second yellow card offence in the 66th minute.

While one could hardly argue with that decision, Donegal referee Shaun McLaughlin was subject to considerable criticism for his general poor handling of the game.

A score apiece from frees was exchanged between Brian Kavanagh and Michael Quinlivan in the closing stages and in between Michael Quinn was dismissed for a black card offence in the 69th minute. But Longford went three points clear again when James McGivney was on target in stoppage time to clinch another important victory in the National League.

And it got better for Longford when substitute Larry Moran grabbed a goal in the third additional minute, pouncing on the breaking ball to improve the scores difference factor which might well determine some of the final placings in the congested Division 3.

Injury ruled out both Michael Brady and Paul McGee against Tipperary on Sunday last and the focus is now firmly fixed on Clare.