The group have just one show left on the circuit 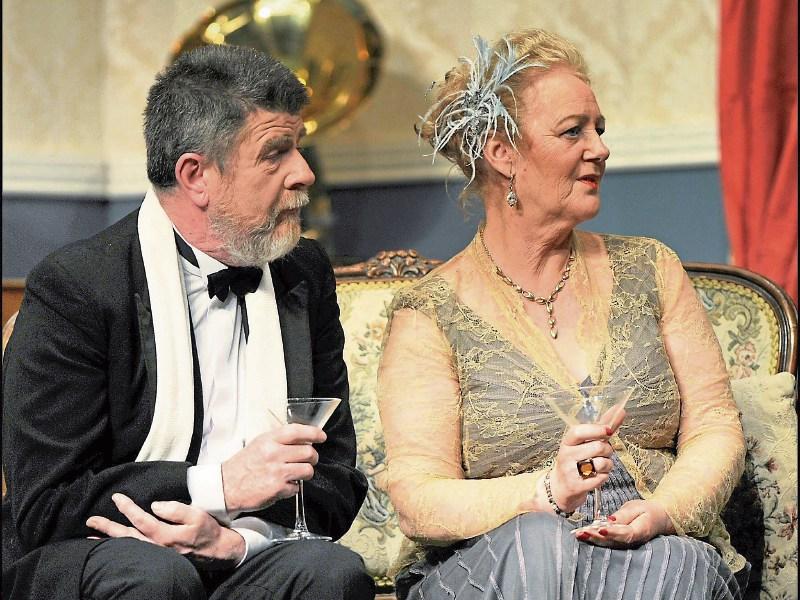 It's been an exhausting but rewarding few weeks for members of Backstage Theatre Group, who have just completed four of their five festivals on the All-Ireland qualifying circuit.

With one performance of 'Blithe Spirit' left to go in Cavan, the group have enjoyed amazing success at their first foray into the circuit in 25 years.

As a group, they have achieved one second place and two third places finishes. Vanessa Flood (Edith) has twice been awarded Most Promising Actress; Declan Neville (Charles Condomine) was awarded Best Actor in one festival and nominated for the award in each of the other three, while Christine O'Brien (Ruth Condomine) was three times nominated for Best Actress.

Delighted with how they have fared during an admittedly tough task, Ollie told the Leader; “We wanted to challenge ourselves to see how we fared on a national level and we're well able to compete.”

Acknowledging other group members who performed duties on lights, sound and of course, the hardworking crew, Ollie revealed that though they will not be competing in the All-Ireland final, they aim to go out with a bang.

“We're going out determined to win Cavan before we finish,” he added.