Obituary: Des Barry was happiest with his family 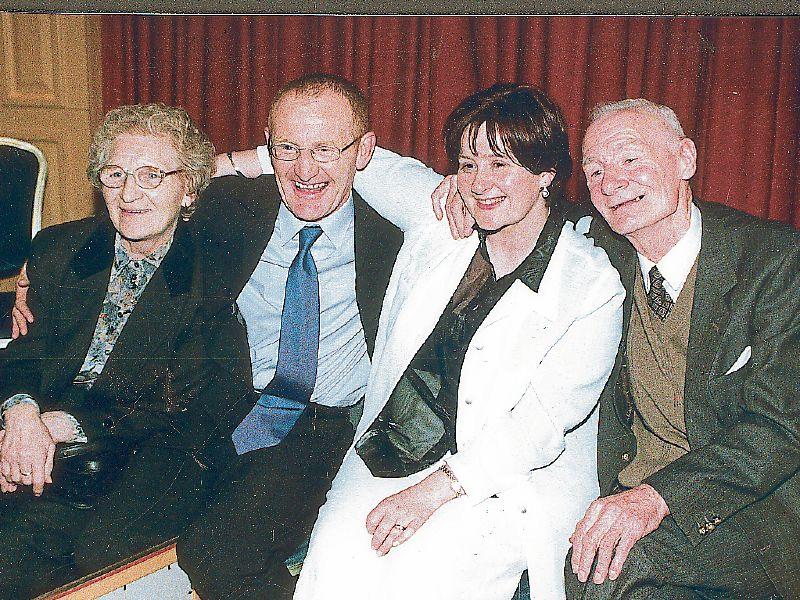 The death has occurred of one of the best known and most popular residents of Teffia Park, Longford. Des Barry sadly passed away on Tuesday, February 23, at his beloved home, No 92 Teffia Park, where he was surrounded by his heartbroken family.

Des was a quiet and easy going man, who never did any harm to anybody but he was a defiantly different man when he attended sporting events and especially if any of his six children were involved.

His son, Dessie, was one of the great Longford GAA players, and his father was a well known and more than audible figure on sidelines the length and breadth of the country. The late Des had a very low tolerance level for poor refereeing and the worst offenders were never spared his wrath.

The great love of his life was the late Elizabeth (Lizzie), who sadly passed away a number of years ago following 54 happy years of marriage. The couple were married in Manchester and were delighted to come back to Longford and set up home in the new Teffia Park estate, which soon became the beating heart of Longford town. Des worked for many years with CIE where he was held in very high regard.

Des and Lizzie were devoted to six children, all of whom were unable to avoid his passionate interest in sport. He had a handful of favoured teams but foremost amongst them were Man Utd, Longford Town FC, Slashers and of course, Longford GAA. But the young Barrys were also encouraged to take part in all other sports and over the years the family has also been synonymous with basketball in the town. Des was especially proud to have seen Dessie excel in GAA whilst his exploits with Longford Town FC in the League of Ireland were also an immense source of pride for him.

His daughter, Mary, spoke beautifully about her father at his funeral Mass and remembered how so much of their young lives had been spent with their father and a football out in the back garden or on the Teffia Park Green. Des was happiest with a ball and surrounded by his family. Nothing rivalled that togetherness and those many long happy hours spent together are a wonderful and consoling memory for this heartbroken family.

Pride of place in the Barry home in Teffia Park in latter years however was given over to the couple’s eleven grandchildren. They were a great source of pride for their grandparents and even as he battled his short illness, Des always delighted in hearing their news and latest adventures. He was also a deeply devout man and whilst he didn’t wear his religion on his sleeve, he was a man of immense faith. He was also a wonderful neighbour and friend and this was reflected in the large numbers that attended at the family home, the removal and funeral Mass.

His passing is a huge loss and a source of immense sadness for the Barry family but they are taking heart from the fact that he is reunited up above with the great love of his life, their mother, Lizzie. Shortly before he passed away he arranged for the family plot at Ballymacormack to be cleaned and tidied up - a final act of love and devotion from one half of a couple that epitomised love and devotion for more than fifty years.