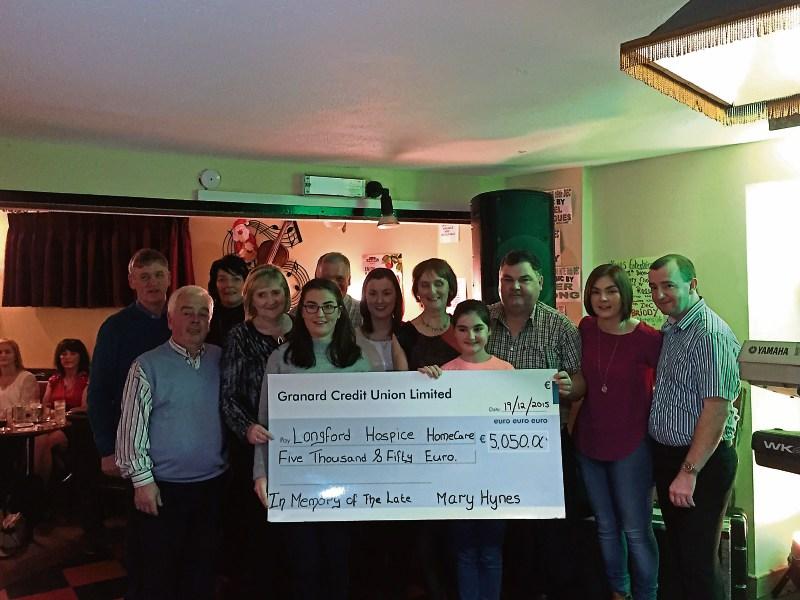 The event was held in Murphy's Crossroads Inn, Lisryan on November 27 last, and attracted a huge attendance, representative of the entire north Longford area.

Entertainment was provided by Noel Briody, Eddie Quinn, Matt Leavy, Pat and Susan Murray, Ita and Alan Tighe, Bernie Heaney and Frank Kilbride, all favourites of the late Mary. They all provided their services free of charge and were instrumental in ensuring that the event was a memorable one.

The Hynes family wish to convey their sincere gratitude to all who contributed and participated in making the memorial event a huge success. Indeed, it was a fitting tribute to the late Mary, who was taken at such a young age from her family and the wider community in which she was invested. Her family were greatly comforted by the large attendance at the event, which reflected Mary's outgoing and social nature.

Furthermore, the money has been presented to Longford Hospice Homecare, one of the many community organisations Mary supported energetically during her lifetime, and a charity for which she herself held numerous fundraisers.