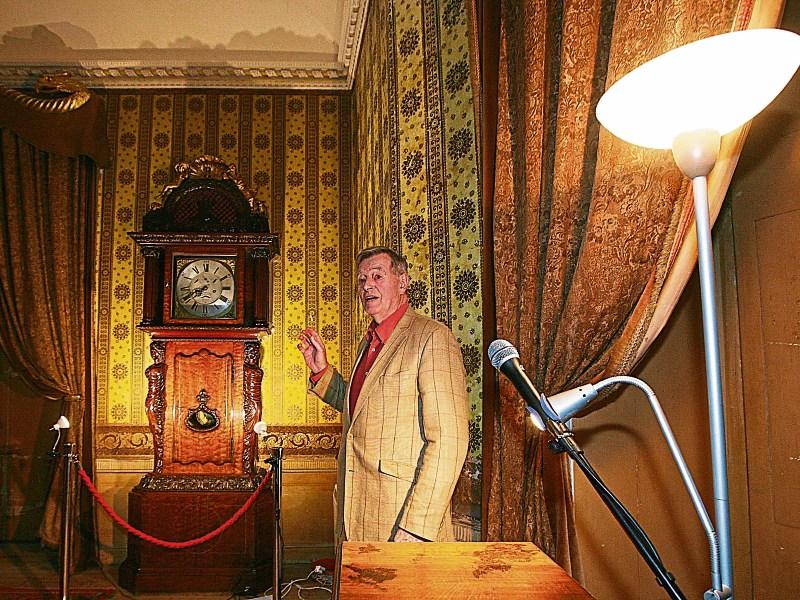 A valuable 18th century mahogany Longcase Clock which was sold at auction will be housed at Strokestown Park and Famine Museum.

The Francis Johnston Speaker Clock which stood in Leinster House until recently, plays “God Save the Queen” and four other tunes to be identified. It was purchased by Jim Callery of Strokestown Park with the help of Investec Bank and was presented last week at an unveiling ceremony in Strokestown House.

“We are excited that this clock will remain in Ireland and is now standing tall in Strokestown House. We are very grateful that Investec has assisted with the purchase of this 220-year old clock which once chimed in the old Houses of Parliament in College Green, Dublin,” Jim Callerysaid.

The antique clock which needs some restoration work, chimes the British national anthem every half hour.