Bannon says social media jibes were 'very hurtful' to him 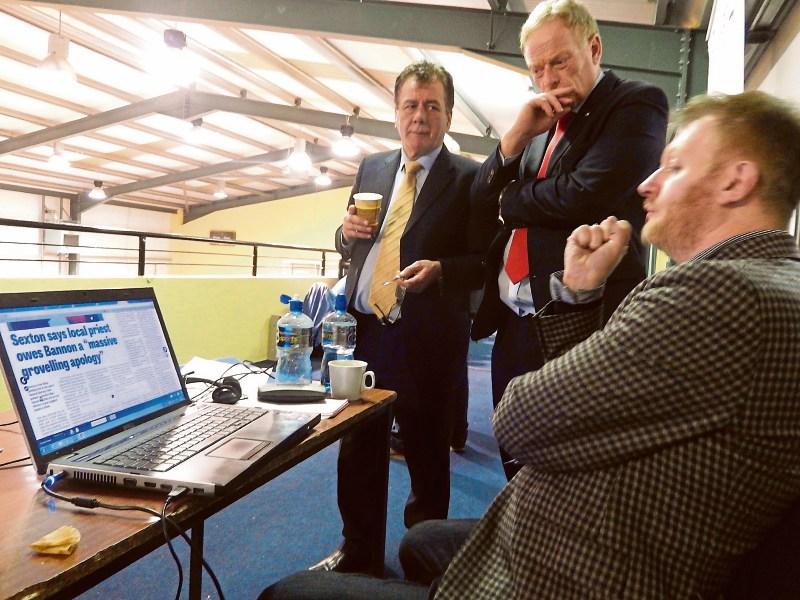 Mr Bannon said he is still waiting to hear back from his legal advisors about the practicalities of launching any possible High Court action.

The former county councillor who lost his Dail seat on Thursday morning after a marathon six day count in Kenagh was staying tight lipped about what, if any, action was forthcoming.

“I didn't hear anything back from anybody yet,” he said.

“I'll see what they (legal advisors) come up with.”

In a pre-prepared statement which he delivered to media after his elimination was confirmed at the Kenagh Count Centre last Thursday morning, the Legan man said his exit was especially tough for both himself and his supporters.

“This is a sad day for me and my family,” he said. “I have had the privilege of representing the people of Longford Westmeath in Leinster House since 2002.”

He said that it was “shocking” that Longford now has no TD and suggested that this was not the end of his political career.

“It is indeed shocking that Co Longford is left without national representation and I look forward once again to representing the people of Longford and Westmeath perhaps in the near future.”

Becoming increasingly emotional, Mr Bannon then spoke of how he was affected by negative comments on social media.

“I mean what happened on social media I don’t want to speak about at this juncture,” he added.

“It was just dreadful and very hurtful not alone to myself, it was hurtful to my family and my die hard Fine Gael supporters here in the constituency.”

Asked if he believed the failure of Enda Kenny to visit Longford during the campaign had an impact on the outcome in Longford, Mr Bannon replied: “I will leave that for another day.”

However, Mr Bannon said the Fine Gael election mantra of 'keeping the recovery was going' was anathema to Longford voters.

“I know the recovery has taken root,” he said. “It is felt in Dublin but really it’s not felt yet in a small county.”

“I definitely heard that on the doorsteps and indeed I alerted the national campaign team to that too but I will leave that for another day.”

Mr Bannon, meanwhile, was likewise staying coy about the possibility of seeking election to the Seanad.

“I'll see, I'll wait and see,” was his reply when asked on Monday.

“I won't rush into any decisions.”