Longford 'must not be left behind'

County left without TD for first time in history of state 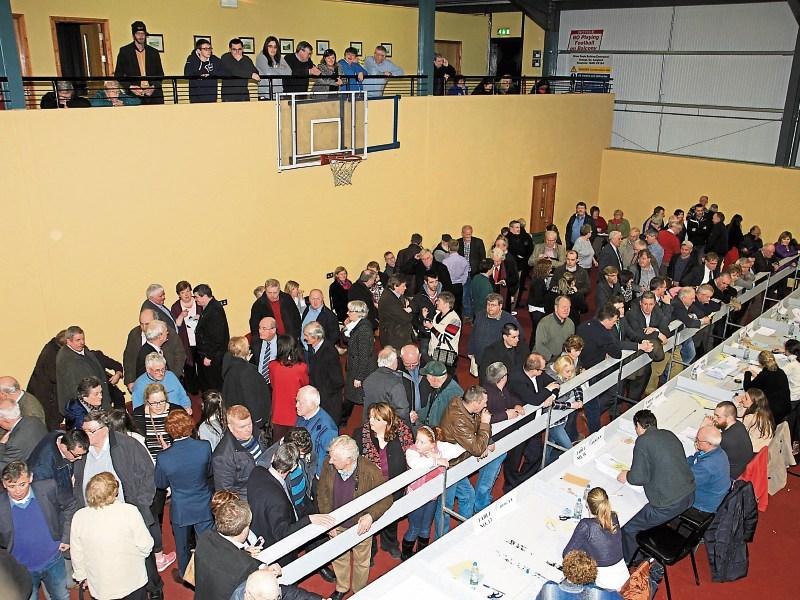 Local politicians and business groups in Co Longford are being urged to "step up to the plate" after the county was left without a sitting TD for the first time in its history.

Longford's sole sitting TD James Bannon saw his re-election hopes disappear when he lost out to Labour's Willie Penrose for the fourth and final seat in the Longford-Westmeath constituency during the early hours of last Thursday morning.

Barely 48 hours on, various stakeholders from within Longford's political and business communities have called for a concerted, cross-assembly approach to ensure the county is not left behind.

"It's definitely not ideal that Longford no longer has a TD, there's no denying," admitted Cathaoirleach of Longford County Council, Cllr Gerry Warnock.

"But the challenge is there now for public representatives like myself to step up to the plate.

"We can't sit on our chairs with our heads in our hands and hope something comes down the chimney. That's not the way things work. We all need to step up to promote our county, our economy and do things for ourselves because the day of waiting for things coming down from Dublin has long gone."

Part of that self determining approach has coincided in the roll out of a County Council led regeneration programme across Longford town and county.

And while the fruits of that venture have yet to be fully realised, it’s hoped recent planning permission for a €233m Center Parcs holiday village in Ballymahon will revitalise the region’s economic fortunes.

In the meantime, members of Longford’s Chamber of Commerce are scheduled to hold a meeting on Tuesday, where it is expected the fallout from General Election 2016 will be discussed.

“I feel very disappointed we don't have a TD in Longford,” said Chamber of Commerce CEO Lisa Brady.

She said the group had planned for the possibility of what unfolded this week by organising a jobs and business expo in September and setting up a jobs taskforce for Longford.

“What we have decided to do is to invite all of the candidates who ran in Longford but also the TDs who were elected to a breakfast meeting in April. It will be a members-only breakfast where we will be asking what plans they have for Longford and we will be asking TDs to sit on that taskforce,” she added.

Head of Local Enterprise with Longford County Council Michael Nevin was careful to stay upbeat, saying the onus was on local interest groups to take the initiative themselves.

“Having a local TD obviously helped to sell our case for Longford as an investable location and helped to open doors to government departments when looking to meet the right people,” he said.

He lost his seat during the Fianna Fáil collapse of 2011 as the party suffered the full force of Ireland’s economic downturn from an indignant electorate.

“Unless you have strong representation you will be left behind,” he warned. “But it’s up to the people of Longford to pull together and to promote Longford in a positive light.”


“The People of Longford are not to blame”. Read Diarmaid Murphy's column on page 21