A protest march, against the recent cuts, is set to take place tomorrow 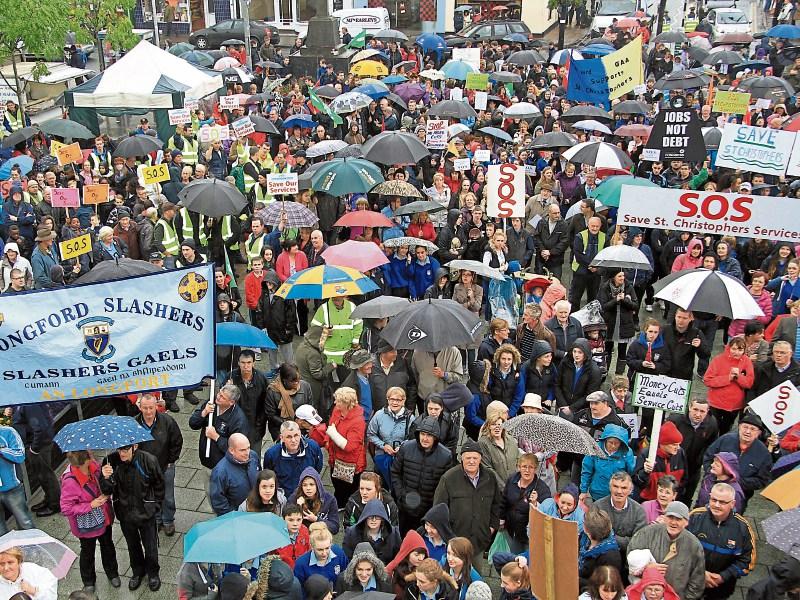 A concerned parent has issued a rallying cry to the people of Longford, following the announcement that St Christopher’s school is going to lose two Special Needs Assistants (SNAs).

David Carrig is one of several parents who are worried about the effect that the cutbacks to the school will have on their children and he is calling on the people of Longford to join the school community in a protest march tomorrow, Thursday, March 10.

“It is a health and safety issue for the children,” David told the Leader.

“There are very scary times ahead.”

David’s son Brandon attends the school, which is under the remit of the Department of Education. The 14-year-old has Autism and ADHD, is non-verbal and also suffers from seizures and David admitted that the family have had to “battle constantly to fight for his needs”. However, he praised the school for the care and attention they afford his son.

“They [St Christopher’s pupils] have huge needs and they need to be looked after,” David continued.

Paying tribute to those who work in the school, David then added, “The staff are terrific the way they’re coping, but they’re just coping and no more.”

Emphasising that the staff are stretched to their limits, David implored local people to take part in the march to highlight the school’s situation.

“What we want is a big, big crowd to turn out.

“I hope the people of Longford will come out like they did the last protest [for St Christopher’s Services] and we can get things up and running,” David concluded.

Participants in the march will gather at St Christopher’s on the Battery Road at 1pm, before marching towards the Market Square at 1.30pm.