'Siege of Kenagh' ends with promises 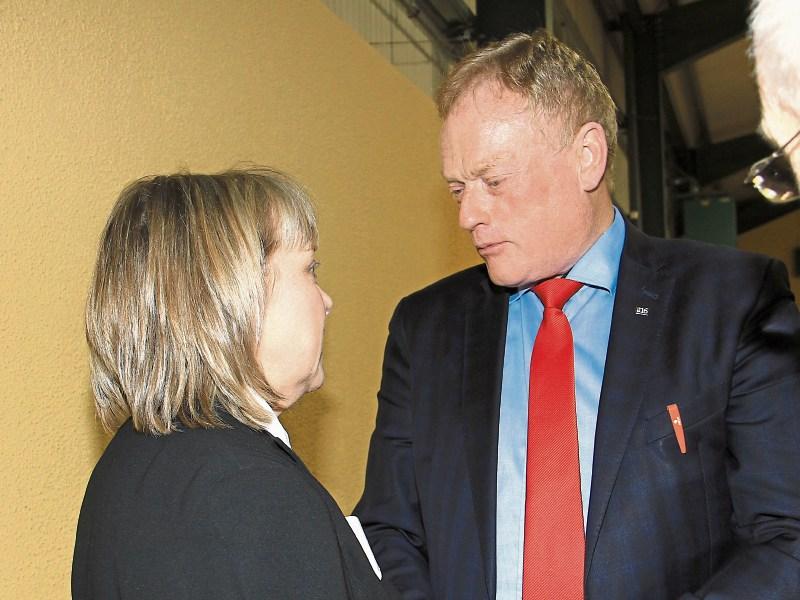 After six exhaustive days of meticulously sifting through voting papers, ‘The Siege of Kenagh’ finally concluded last Thursday morning with Longford waking up to the news that the county won’t have a resident TD in the 32nd Dáil.

The 15th and final count of a dramatic marathon battle, that included two recounts called by unsuccessful candidates Connie Gerety-Quinn (Fianna Fáil) and James Bannon (Fine Gael) as they stared down the barrel of elimination, was announced at 8.20am by Returning Officer Imelda Branigan.

And it resulted in Peter Burke (FG) and Labour’s Willie ‘Lazarus’ Penrose filling the final two seats of the 158 in Dáil Eireann, with Sinn Féin’s Paul Hogan losing out.

Burke, FG’s 50th TD, and Penrose, joined Robert Troy (FF) and Kevin ‘Boxer’ Moran (Independent Alliance) as the four elected TDs for Longford/Westmeath and they quickly moved swiftly to assure and promise Longford voters that they won’t be forgotten when it comes to representation on the national stage.

Troy secured a very impressive 11,655 first preference votes and he was declared elected following the announcement of the First Count result the previous Saturday night. And as is tradition, the poll topper, was first to speak after the count ended.

“The only promise I will make is that I will work night, noon and morning for the betterment of the people I represent. Longford may be disappointed to have no resident TD, and as someone who fought the campaign for the whole constituency, I assure you I am a representative for the whole constituency, and whether it is for the people of Killoe or Kinnegad I will be a strong voice.”

'Boxer' Moran was the second to be elected. He secured 7,585 first preference votes and was elected on the 13th Count when following transfers his vote went up to 11,122, thereby giving him a surplus of 72 votes. The Athlone taxi driver brought plenty of humour to his speech.

“Billy Coughlan, a close friend, had the great pleasure to ring me and say you’re fired (off Westmeath County Council). And when I arrived outside the Dáil on Wednesday, I let down the car window, introduced myself and I was told ‘you’re very welcome’. But when I went inside I was told, the count is not completed so you may go home! At least it is official now.”

With FG's two outgoing TDs - Bannon and Gabrielle McFadden - losing their seats, it was a case of third time lucky for Peter Burke as he won a seat for the first time. Burke accumulated 5,683 first preference votes and after he picked up 3,495 transfers from the eliminated Bannon, he was elected on 11,385 votes, thereby exceeding the 11,050 quota.

“We’ve seen the human side of politics these past six days in Kenagh,” Deputy Burke said. “The stakes are very high. It is a great privilege to be elected to the Dáil and the onus is on us TDs to be responsible as there are huge challenges.”

Penrose’s victory, his sixth consecutive time to be elected to the Dáil since 1992, was particularly sweet as it nailed down a precious and coveted 7th seat for Labour, ensuring speaking rights for the party in the Dáil and also vital state funding. Having initially written himself off after receiving just 4,822 first preferences, transfers flowed kindly his way.

“I admire anyone who puts their name forward for election. I’ve little time for barstool politicians,” quipped a relieved Penrose.

He complimented those that were elected and praised the Count staff. “You did exemplary work in the glare of media publicity.”