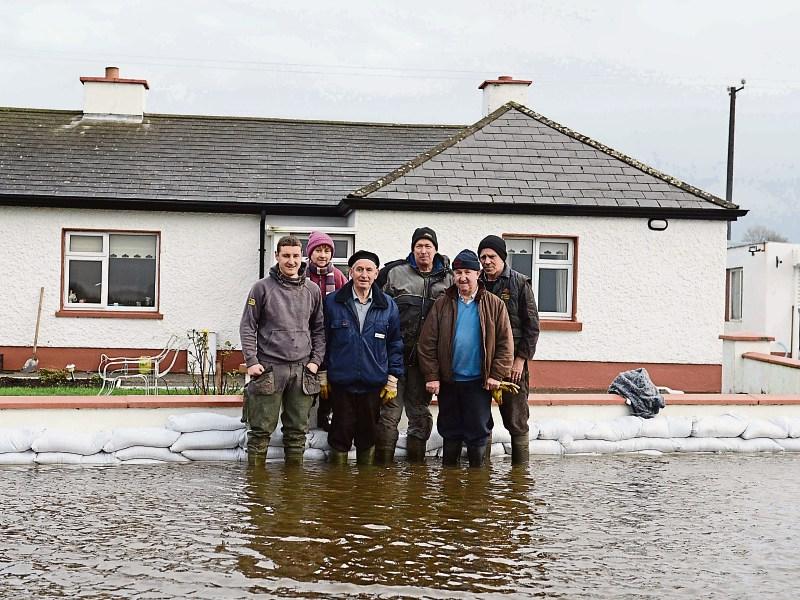 More than three months after high water levels on Lough Ree first threatened to flood their home at Cashelbeg near Lanesboro, Michael and Eileen Hanley are still pumping water from their property.

In addition to water pumps, the couple required further flood defences, including the digging of a trench around their house, stone, and sandbags.

However, their task has now been made easier thanks to the intervention of a gas agent who has been following the couple's plight in the media.

“I thought I should try and help out,” explained Fergal Magee, who is a local representative for Calor. “I spoke to the team in Calor and Greengear and they agreed to donate a new Greengear LPG pump to them. This pump is new to the Irish market and gave us a great opportunity to help out a family in need.”

The couple's son, Michael Jr, added that, “My parents were going through a nightmare, up three and four times at night, every night,” in order to start their diesel pump.

“The gas pump is less hassle; it's been a huge benefit to them. They check on it three times a day, whereas with the other pumps they had to check on them every two hours. It's made things a lot easier for my parents,” he continued.

“The pump is easy to operate, it runs for much longer and it pumps more water, meaning my parents can get a night's sleep. If they can sleep, we can sleep easier, too.”

Water levels near the Hanleys home were thought to be as much as six feet deep at their peak, but Michael Jr revealed that floodwaters in the area are slowly receding.

“The water has gone down about a foot since last Thursday,” he said. “Since then, I've been able to drive to my house for the first time since Christmas.

“If it stays dry this week, hopefully it will drop further.”