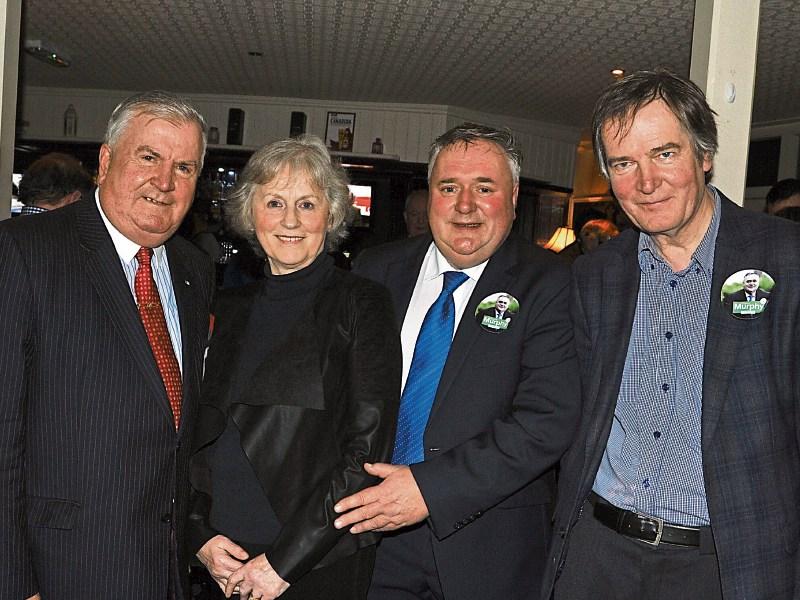 “I'm absolutely thrilled. It was always an ambition of mine,” said Mr Murphy, who has sat on Roscommon County Council since 1985.

“It was phenomenal; I got over 7,000 first preferences. The size of the vote is very humbling, to be honest. I hope I can represent the people with dignity, respect, and enthusiasm. We're in a desperate state now in rural Ireland.”

Mr Murphy's campaign was thrown a curveball soon after he was nominated at a party convention when Fianna Fáil added former Roscommon goalkeeper Shane Curran to the ticket. However, he said he always believed he had the backing of supporters on the ground.

“I've always had ups and downs with the organisation but I have great faith in the grassroots; I couldn't go independent after those people supported me all my life,” he admitted.

Regarding the possibility of his party joining forces with Fine Gael, he said: “They've contributed to rural decline. There's two economies - the Dublin economy and the economy down here. On that basis, we could not support a coalition at the moment.

“I wouldn't rule out a proposal for Micheál Martin to become Taoiseach,” he added. “We may get support from some Independents, which would allow Fianna Fáil to form a government without Fine Gael.”