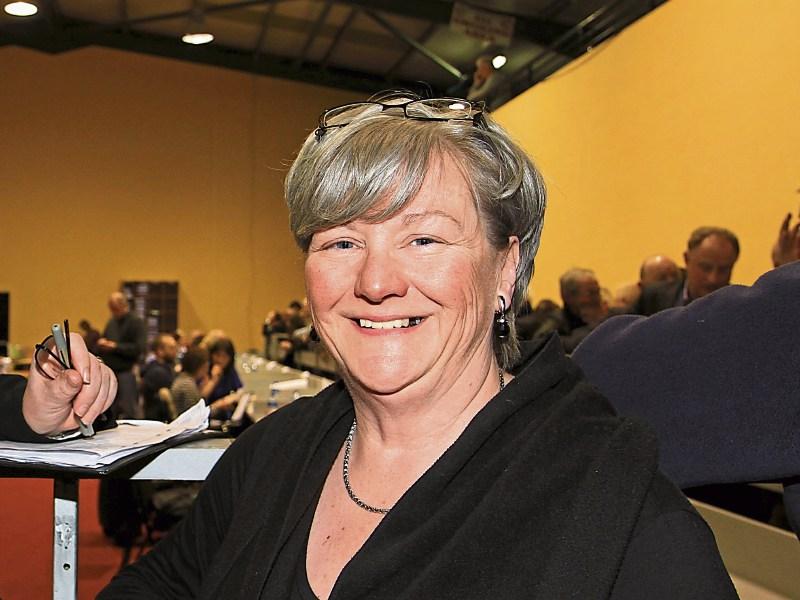 Reacting to her disappointing vote in this year’s General Election, Independent councillor Mae Sexton said that she ran for election to give Longford people a choice.

She also criticised the decision of a local priest to take part in a campaign video for another candidate.

She was speaking to the Leader after her elimination on Sunday.

“The reason I went into the race was that I felt the vote was going to Westmeath. It was frightening and I thought we could well end up with no TD,” she stated. The Independent councillor notched up just 1646 first preference votes, a drop from her 2011 vote of 3,960 when she ran with Labour.

She strongly rejected the suggestion that her entry in the race had fractured the Longford vote.

“I entered the race because I could see what was happening. I could see that vote going to Westmeath,” she said, adding that she kept 1600 plus votes in Longford.

Cllr Sexton said that she “didn’t buy into” claims that people didn’t know what she stood for or that she entered the race too late in the day.

“I’ve served a 25 year apprenticeship,” she said. “Nobody can say that I didn’t deliver in the past for Longford and that they didn’t know who I was.”

As Longford faced the prospect of not having any TD, Deputy Sexton said Longford “voters will rue the day” they voted in such droves for Westmeath candidates.

“We’ll just have to wait and see how committed a TD with a Westmeath address will be to Longford,” she said.

She said that this had been a particularly dirty election campaign and she also spoke of her anger at the decision of Fr Joe McGrath to take part in a video supporting James Morgan.

“I thought it was the most undignified, disrespectful and inappropriate intervention from a member of the clergy in a political campaign,” she stated.

“For a man in his position who presides over funerals to make such a statement about a man who goes to removals was wrong. James Bannon knows a lot of people, as do I, and he goes to a lot of funerals, “ she said.

She agreed she was disappointed with her vote.

“I am disappointed votes went to Westmeath. I don’t have any great ideology but I just wanted to get into a strong position on behalf of Longford,” she said.