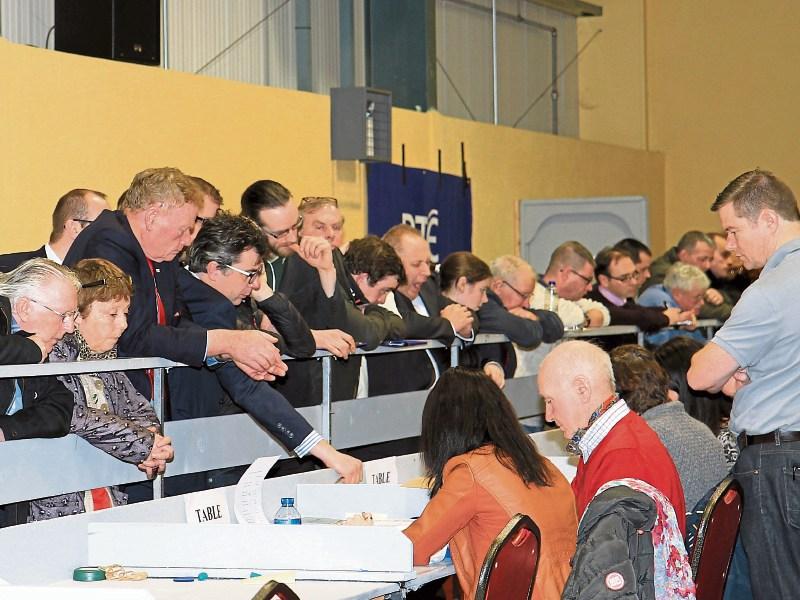 The outcome of the 2016 General Election in Longford-Westmeath hangs in the balance this morning amid rumours just two votes separate Fine Gael’s James Bannon and Labour’s Willie Penrose.

On a night of high drama in Kenagh last night, a full recount was called first by the Penrose camp and then representatives of Mr Bannon following the election of Kevin ‘Boxer’ Moran.

In the lead up to that announcement, it emerged Mr Bannon had only 19 votes to spare over his fellow outgoing Dail colleague.

That prompted both sides to bring two senior counsels into the mix as speculation grew that Mr Penrose had closed the gap to nine votes.

When the remaining 71 votes from Mr Moran’s surplus were distributed talk suddenly centred on conjecture that the Ballynacargy man had turned the tables and was now two votes ahead of Mr Bannon.

Proceedings are scheduled to get underway at 10:30am and is the second recount to be called in the space of 24 hours.

The first came at the behest of Fianna Fail Longford candidate Connie Gerety Quinn as she looked to close a near 40 vote gap on Mr Bannon.

Ultimately, those attempts failed but with a rumoured two votes dividing two of the constituencies longest serving TDs it remains to be seen whether there will be any further twists when counting resumes this morning.