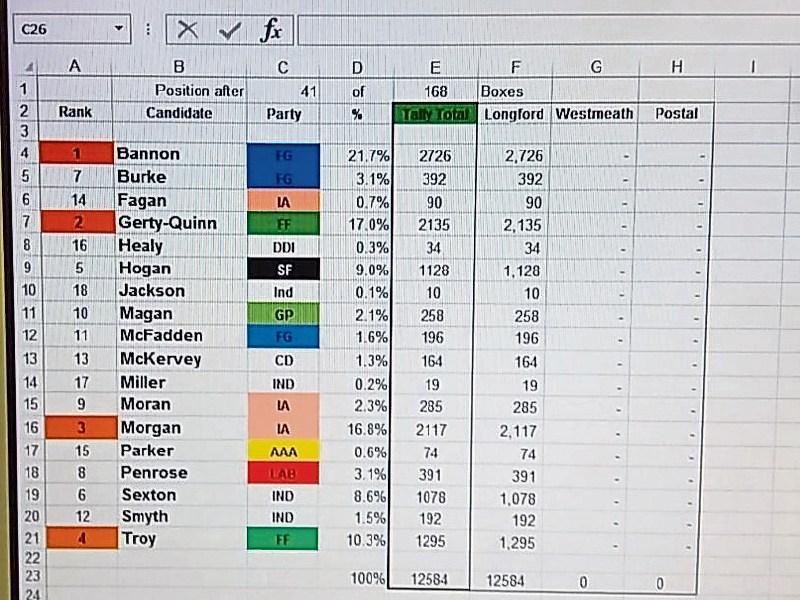 With 41 Longford boxes open at the count centre in Kenagh, James Bannon (FG) is leading the way, but could face a fight on his hands to retain his seat as a Fine Gael source claimed; “James needed to be at least 1,000 votes ahead before Westmeath boxes were opened and he's not”.

Meanwhile, there has been speculation at the count centre in Kenagh that the current tallies raise the possibility of Longford being left without a single TD in the next Dáil.

Keep up to date on all the news from the count centre on our live blog – http://www.longfordleader.ie/news/home/203361/-GE16---Live-coverage.html