Neighbouring rivals to clash in 2016 championship 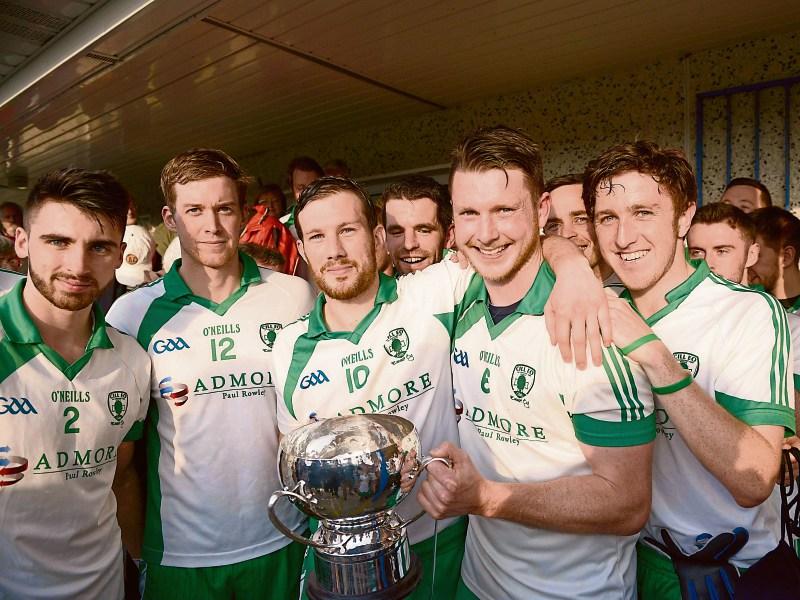 The draw for the 2016 Longford Senior Football Championship (once again sponsored by Peter Hanley Motors) was made at the monthly county board meeting in Aras Ui Bhriain, Glennon Brothers Pearse Park on Tuesday night of last week and neighbouring rivals are set to clash in the group stage.

Thirteen clubs are competing for the Connolly Cup with a new format introduced (evoking a mixed reaction) but there are some cracking games in prospect in group 2 with Abbeylara, Mullinalaghta St Columba’s, Dromard and Colmcille battling it out for three quarter-final places. So one of those teams will miss out on a place in the knock-out stages of the championship in what is already being labelled the ‘group of death’.

The title holders Emmet Og, who are going for three-in-a-row, are pitted in group 1 along with Clonguish, St Mary’s Granard and Longford Slashers and this is unquestionably a kind draw for Killoe who are strongly fancied to make it through to the last eight. Two other clubs will also advance to the quarter-finals with the eventual bottom team in group 1 eliminated from the championship.

Group 3 is confined to the teams who were involved in the 2015 SFC relegation play-offs, namely Carrickedmond, Ballymahon, Fr Manning Gaels and Mostrim, and they will be joined by last year’s Intermediate champions Rathcline. The eventual top two teams here will qualify for the quarter-finals and the team that finishes bottom of Group 3 will ‘definitely’ be relegated to the 2017 Intermediate Championship.

All of which suggests that a very competitive Senior Football Championship is in store this year (regardless of the controversial comments surrounding the make up of the ‘lesser’ Group 3) and Declan Rowley is back in charge of the title favourites Killoe Emmet Og.

When the draw for the SFC quarter-finals is made the eventual winners of Group 1 and Group 2 will be kept apart.

The draw for the Mulleady Group 2016 Intermediate Football Championship was also made at the county board meeting last week with the eight teams divided into two groups and the eventual top two in each group will qualify for the semi-finals.

Group 1 is definitely the strongest with Kenagh, Cashel, St Brigid’s Killashee and the Ardagh St Patrick’s/Moydow Harpers amalgamation battling it out for two places in the last four while Sean Connolly’s will be fancied to emerge from Group 2 with Legan Sarsfields, Ballymore and Young Grattans providing the opposition.