Resilient Longford minors battle back to draw against Meath 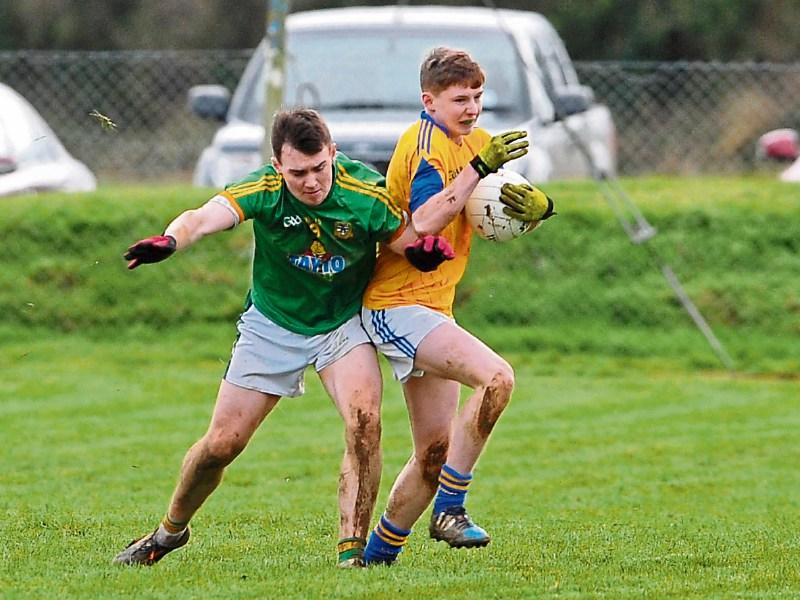 Five points down at one stage in the second half, resilient Longford battled back to draw against Meath in Round 2 of the Leinster Minor Football League at the Slane grounds on Saturday last and are on course to earn a crack at Cork or Dublin in the semi-final of this competition.

Played in difficult conditions, Meath opened the scoring after 9 minutes with a point and followed that by hitting the post when a goal was easier to score. Longford's first score came after 16 minutes through Thomas McGann who followed up with another point almost immediately.

A Ronan Healy point in the 25th minute left it 0-3 to 0-2 to the visitors but from a quick kick-out a lapse in concentration allowed Meath up the field to score a goal which should have been prevented.

From the next two kick outs Meath scored a couple of points without a Longford player touching the ball. But Tony Devlin’s side steadied themselves with points from Rory Hawkins and Joe Kelly to trail narrowly at the break, 1-4 to 0-5.

Meath started the second half with three points in a row and looked to be pulling away but gritty Longford came storming back to change the course of the game. After Rory Hawkins pointed a free, the next attack saw Joe Kelly score a goal which was created by tenacious tackling by David McCarthy who won the turnover.

Kelly was to score an even better goal a minute later from a Michael Cahill pass . Longford were now ahead by a point with 10 minutes to go. With both sides introducing substitutes Longford held out until injury time when Meath got the equalising point.

Manager Tony Devlin will be pleased with the attitude and performance of his team with every player contributing .

The county minors now play Offaly at home next Saturday where a win may see them playing the winners of Group 1 (Dublin or Cork) in the semi-final of the Leinster League but score difference might come into play with Meath (who play Limerick next) on the same number of points as Longford in Group 2.