Longford looking to spring a surprise against Kildare 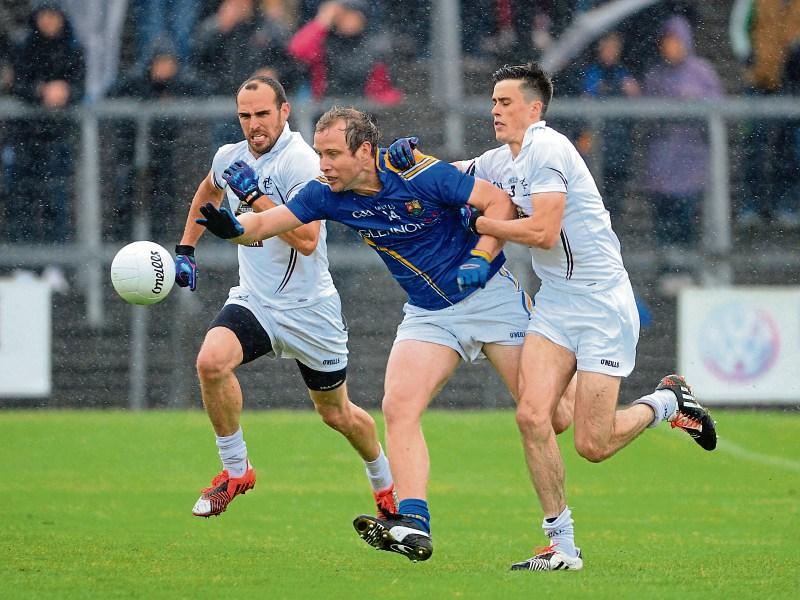 Boosted by the return of

Michael Quinn after serving a one match suspension that ruled him out of the vital victory over Limerick in the previous round, Longford are looking to spring a surprise against the Division 3 table toppers Kildare in the National League clash at Glennon Brothers Pearse Park on Sunday next, throw-in 2pm.

Home advantage is such a crucial factor and after a three-week break from competitive action the county senior footballers will be quietly confident of putting it up to Kildare who got it hard enough to overcome Offaly by four points at the Newbridge grounds in Round 2. Having said that, getting the better of Westmeath (2-9 to 0-11) at Cusack Park, Mullingar in the opening fixture was a significant result in the quest for promotion.

Kildare, like Westmeath, have come crashing down from the high of playing in Division 1 a couple of years ago following consecutive relegations but the lilywhites are strongly fancied to make an immediate return to Division 2 of the league.

O’Neill is working with a lot of talented players in Kildare, clearly reflected in the success enjoyed by his county in winning both the Leinster Minor and U-21 titles in 2013 along with another provincial minor championship triumph in 2015.

Longford, of course, were the beaten finalists in 2013 (U-21) and 2015 (minor) and generally have a poor record against Kildare who came out on top again when the counties clashed in Round 3A of the All-Ireland senior qualifiers in Mullingar last year.

Kildare cruised to a very easy win by the wide margin of 19 points (2-24 to 0-11) at the neutral venue of Cusack Park after Longford were forced to concede home advantage due to the ongoing structural problems at Pearse Park.

Scoring a shock win over Cork in the next round was a major result for Kildare but they then suffered the bitter disappointment of getting hammered by Kerry in the All-Ireland quarter-final which brought about the end of Jason Ryan’s reign as manager.

But the appointment of one of their own, Cian O’Neill, has instilled new hope into the Kildare cause and strengthening the squad is Kevin Feely, the former Bohemians defender whose promising soccer career brought him to England when he was signed by Charlton Athletic. Subsequent loan moves to Carlisle United and Wimbledon was followed by a permanent switch to Newport County before the former Republic of Ireland U-21 returned home last year.

Always highly rated as a gaelic footballer, 23-year-old Feely was particularly impressive at centrefield in the win over Offaly the last day - teaming up with the also effective Daniel Flynn - and with quality forwards in Eoghan O’Flaherty, Paul Cribben, Niall Kelly, Eamon Callaghan and Neil Flynn few can argue with the fact that Kildare are the strongest side in Division 3.

The deadly accurate Flynn fired over the most impressive total of 11 points (three from play) in the narrow defeat (3-10 to 1-12) by Dublin in the 2015 Leinster U-21 final and is clearly a big threat for the seniors along with a number of other dangerman.

Longford are going through a rebuilding process and while nothing may be gained against Kildare on Sunday for what is undoubtedly a very difficult task, the bottom line is that two more wins will probably be needed to consolidate the Division 3 status and survival could all hinge on the outcome of the showdown away to Sligo the following week.