Musical fans 'in for a treat' in April 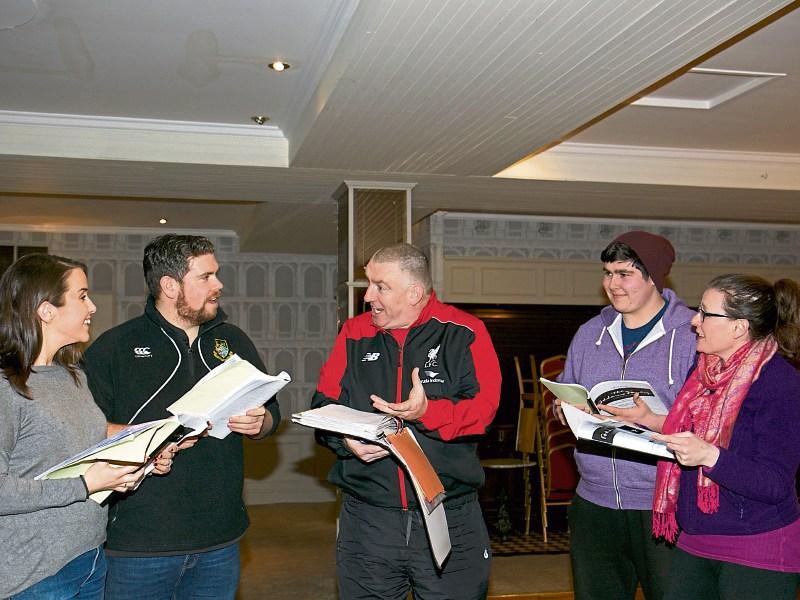 A supporter of St Mel’s Musical Society for about a decade now, Tralee native Tim Landers is delighted to finally get a chance to work with the group on a show that he says “could be potentially special and spectacular”.

While also working part-time with people with Down Syndrome and learning disabilities in his hometown, Tim is making a weekly journey to Longford to direct rehearsals for ‘The Addams Family’, which takes place from April 15 - 23 at the Backstage Theatre.

While many will be familiar with ‘The Addams Family’ from the TV show or the film, Tim added that the musical is ‘its own beast’, but a very popular one.

Outlining the plot, Tim began; “The Addams Family live in a house in Central Park, New York. Their daughter Wednesday meets a guy in Central Park called Lucas who comes from a conservative family from Ohio.”

The show follows the two families as they try to overcome their differences and as you would imagine, there’s plenty of comedy.

Describing his imagining of the show as ‘spooky and thriller-ish’ Tim added that he’s putting his ‘stamp’ on it for Longford and enjoying the process.

“I’ve been involved in theatre for over thirty years, I’m so happy to pass on what I know. I love it, I’m living, eating, sleeping it.”

Of course, as well as being a director, Tim, who spent more than a decade working with a bank, is no stranger to stage and screen. He has been in more than seventy shows, while he also made an appearance on Broadway.

On screen, he featured in Game of Thrones - “I got killed after one line,” he laughed - and he has acted in Irish shows Killinaskully and Ros na Rún. As we spoke, he revealed that he had just received good news in the form of a role on Fair City.

Apart from all this, he also teaches drama in the stage school he runs in Tralee. It’s a busy life, but one he revels in.

“I’m alive at rehearsals and especially when I’m teaching young people drama,” he smiled. Acknowledging the warm welcome he has received from the society, Tim concluded; “I’m thrilled to be in Longford and I think the audience are in for a treat.”

Tickets to ‘The Addams Family’ are now on sale from the Backstage Theatre Box Office at 043 33 47888, online at www.backstage.ie or from Farrell & Coy.