Man behind poster defacing says he has no regrets 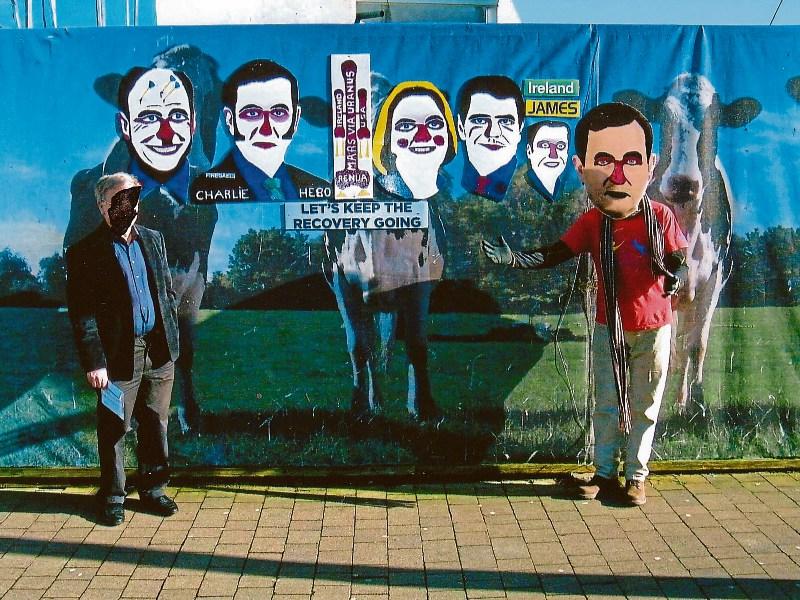 The culprit behind the recent spate of poster tampering in Longford town has broken his silence by vowing to continue his mischief-making exploits ahead of this Friday's election.

The anonymous perpetrator who has since dubbed himself 'GI Joe' made no apologies for an episode that has become the talk of the county.

As the Leader revealed on its front page last week, several heads belonging to various general election candidates in Longford-Westmeath were removed.

Artwork which appeared to depict some of the constituency's 18 declared candidates also appeared at a number of locations in town.

After reading last week's Leader, 'GI Joe' said he had no regrets as to his actions.

“Who is going to pay out for these posters when they (candidates) can sucker the taxpayer for them? he asked.

“I am running out of heads at the minute but I have a batch of heads ready to put up when the time comes.”