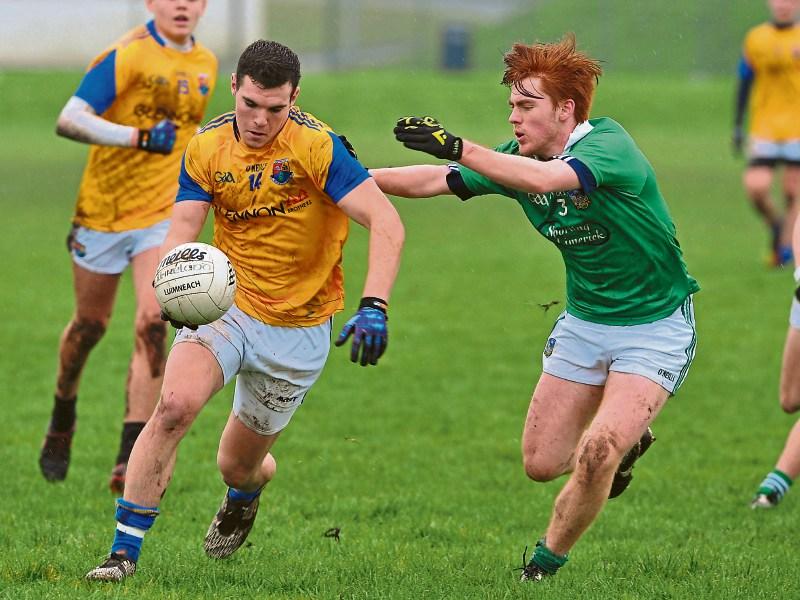 The first competitive fixture of the 2016 campaign for the Longford minor footballers proved to be nothing more than target practice as Tony Devlin’s side cruised to a very easy win over a poor Limerick outfit in Ballymahon on Saturday last.

As the Leo Casey Park pitch was unplayable, the Leinster League Round 1 game was switched to the adjacent secondary schools grounds and probably the most pleasing feature of the performance was the high scoring return from the full-forward-line of Ronan Healy (1-3), Thomas McGann (1-4) and Rory Hawkins (0-6).

The trio clocked up the impressive total of 2-13 and some other clear-cut chances were squandered by the home county during this completely one-sided encounter with little learned as the preparations continue for the Leinster Championship first round clash against Westmeath at Cusack Park, Mullingar on Saturday April 16th.

A notable absentee from the Longford squad last weekend was Cillian Lee, who was rested on this occasion, but the Killashee lad could return for the Leinster League Round 2 game away to Meath on Saturday next which will be a far tougher task.

The minor management team of Tony Devlin (Clonguish), Eugene McCormack (Carrickedmond) and Conan Casey (Cashel) used a total of 25 players against Limerick with the experimental rule of the ‘mark’ operating in this competition.

From the moment Ronan Healy fired home a well struck goal in the 5th minute, Longford were in control and they found the back of the net again in the 12th minute when Niall Farrelly got the vital touch to finish off a pass from Thomas McGann.

It was all over as a contest with rampant Longford establishing a commanding 2-9 to 0-1 lead at the break with the points coming from Healy (two cracking long range frees), McGann (2), Ruairi Harkin and four from Rory Hawkins (two frees).

The solitary Limerick score in the first half came from a free fired over by Adam Storan in the 4th minute and the best they could do on the changeover was a consolation goal from a penalty converted by Darragh Ranahan in the 43rd minute.

While Longford were not near as effective in the second half they still succeeded in adding another 1-6 to their tally with Joe Kelly, Ronan Healy, Thomas McGann (2) and Rory Hawkins (2) accounting for the points while McGann grabbed the goal in the final minute of normal time.

Limerick introduced a number of substitutes during the course of the game.