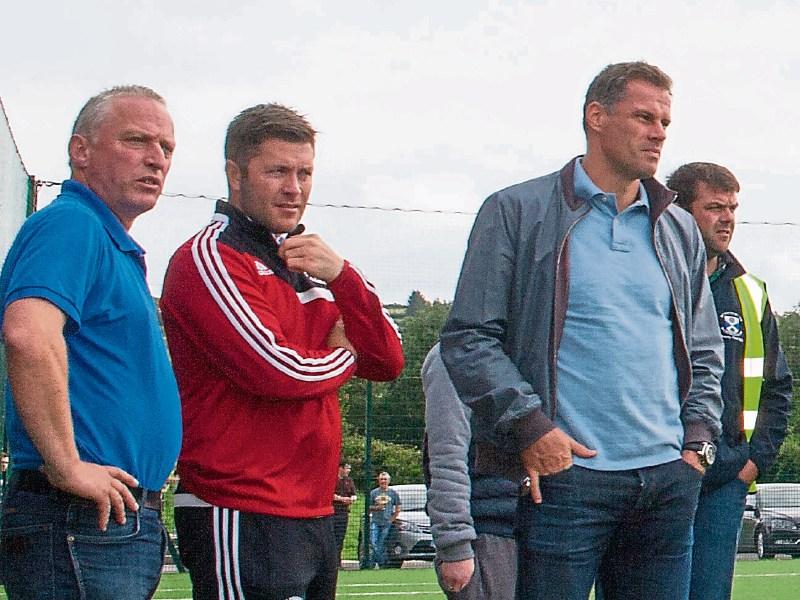 A decision by Dromard GAA to try and overturn a €2,000 fine issued for the staging of a Jamie Carragher Soccer School is believed to have missed its three-day appeal deadline.

Neither the north Longford club or Croke Park chiefs were willing to comment publicly on the matter this week as the much talked about affair took a fresh twist.

Despite that wall of silence, the Leader understands both sides are holding firm in their respective standings on the matter.

Under those terms, the club had until last Sunday week (February 7) after the fine was officially handed out the previous Thursday.

A spokesperson from the GAA declined to go on the record about the affair while Dromard GAA club officials were also inclined to adopt a similar tone when contacted earlier this week.

The Leader understands, however, that the four-time senior championship winners are “disputing” whether the appealwas in on time.

The fine was handed down after it emerged a Jamie Carragher Soccer School was held at the club's Pairc na nGael grounds last August.

The former Liverpool skipper, who attended the three-day event himself, has not been shy in voicing his own opinion on the controversy.

Last week, the Leader revealed the Sky Sports pundit had retweeted a message of support issued by his own soccer school foundation.

That post claimed Carragher's soccer school were “working with our partner in Ireland” over the imposition of the fine.

Seven days on, it would seem the school are considering making an offer of financial support to the club.

It's believed Carragher has been regularly briefed on proceedings since news of the fine broke two weeks ago.

The decision, which was confirmed by the GAA's Central Hearings Committee, has led to a torrent of criticism from across the sporting divide.

Organisers behind the event, local soccer club UCL Harps, have already expressed their “disappointment” at the outcome.

“The 23 Foundation founded by Jamie Carragher is a charitable organisation to help raise much needed funds for deprived children,” a statement to the Leader read.

“The Soccer School was an overwhelming success... and none of this would have been possible without the support and help of Dromard GAA club.”