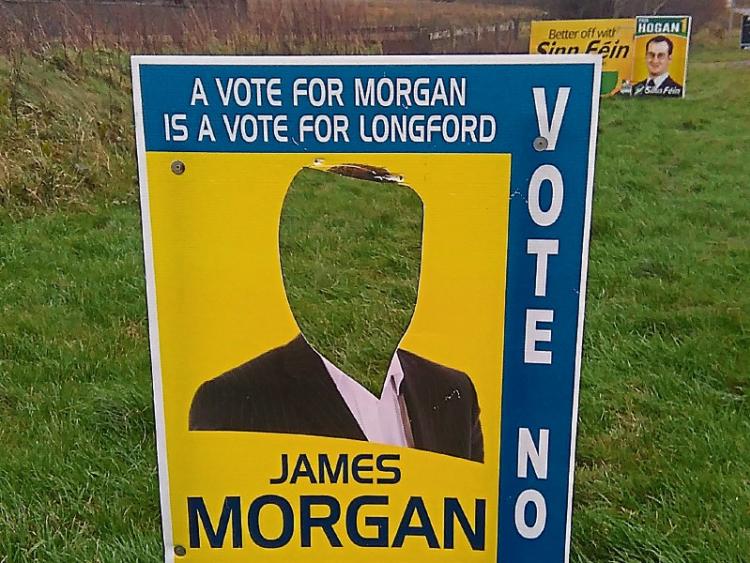 Candidates in Longford Westmeath in the forthcoming general election have been quite literally losing their heads around Longford town.

In recent days, a number of political placards in Longford town were “defaced” by the removal of the candidates’ heads.

By Tuesday morning, Sinn Fein’s Paul Hogan, Independent James Morgan and two of the three Fine Gael candidates had their heads cut out, leaving the rest of the poster behind.

A poster featuring James Bannon, Gabrielle McFadden and Peter Burke had the heads of the two Westmeath candidates cut out, leaving Deputy Bannon behind.

However, a man was later spotted going up the street in Longford with a cut-out of Deputy Bannon’s head under his arm.

Independent candidate James Morgan told the Leader that he confronted the man.

“He said he was cutting them (posters) out because they were being paid for by the taxpayer,” said Mr Morgan.

“I told him that's not the situation in my case as I told him I paid for the posters myself.”

The Leader endeavoured to make contact with the man in question but was unsuccessful at the time of going to print.