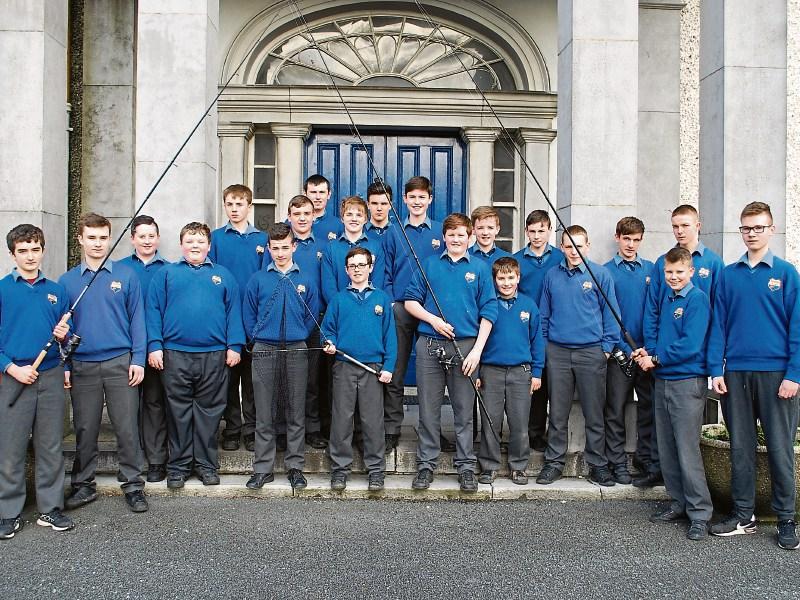 There's something fishy going on at St Mel's College.

Encouraged by their enthusiastic teacher, Mr Michael Galvin, more than twenty students have signed up for the newly-established fishing club.

“It's what I do myself,” the Woodwork and Construction Studies teacher told the Leader. “I always had an interest in fishing and I'm the Chairman of the Camlin and District Angling Club.

“Some of the lads would have known I'm involved in that and they would often be talking to me here about it.”

For the inaugural meeting, which was held shortly after Christmas, more than thirty students signed up, from first year all the way up to Leaving Cert, and Mr Galvin explained that attendance at the meetings since has averaged in the twenties.

As to what the meetings cover, Mr Galvin, who also carries out some work with Inland Fisheries, Ireland, relayed the legal and safety elements of fishing that he teaches the boys.

“There are a lot of rules in the county in terms of seasons and what you can catch. I also teach them to catch and release. You're also educating them about the safety element of it.

“I first of all asked about their own interests and we talked about diferent lines and different rigs and how they can make them up.”

The hope is, as well, that the club will be able to enjoy a few fishing outings of their own before the school year ends.

“Water levels are still very high at the moment, so it's not safe enough to go out, but in April or May we'll go out.”

A mix of newcomers and seasoned anglers, the club will also have a competitive element, with a catch of the month photograph competition.

Acknowledging that, despite his years of experience, he is still learning about the trade, Mr Galvin added that the club is a welcome addition to what is an already busy social scene at St Mel's College.

“There are lots of other different clubs and associations going on in St Mel's, and it's just a different element to the school to try and cater for everybody,” he concluded.