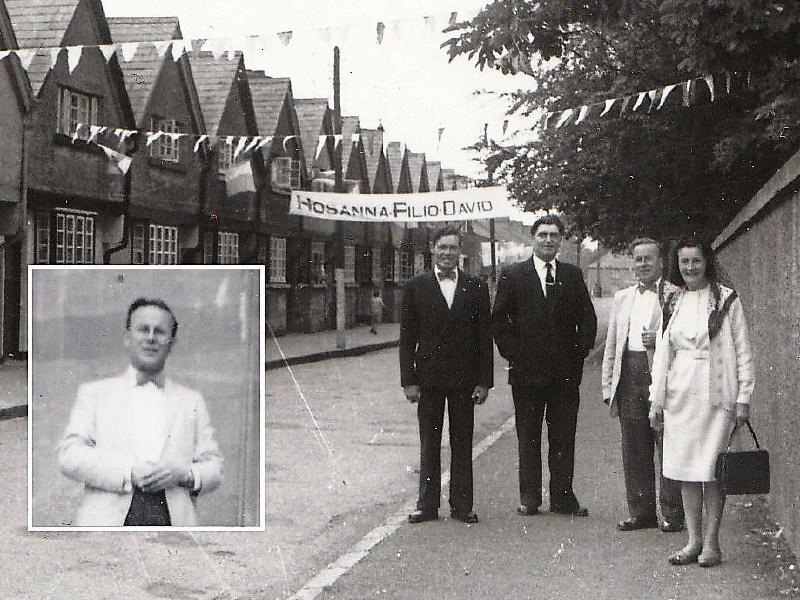 Longford Leader reporter Patrick Conboy recently purchased a photo album on eBay which was described as having old photos of Longford. However, when it arrived through his letterbox it was obvious it was a personal album documenting a trip – or trips – to the county during the 1950s-1960s.

“I bought the album from a curiosity shop based in London, which sells through eBay,” Patrick explained. “There is a well-dressed man with a blazer, dicky bow, and glasses in many of the photos, and I believe the album may have belonged to him. In some of the photos he is accompanied by a woman with dark, or maybe brown, hair. Perhaps she is his wife or a close family member?

“I don't know how this album ended up in a curiosity shop; perhaps it was as a result of a house clearance after someone passed away?”

Many of the photos focus on St Mel's Cathedral in Longford town and what appears to be a Corpus Christi procession. There are also photos of the couple taken with two other gentlemen on St Mel's Road, and at the grave of a David McNamara (died 1932) and his wife Annie (died 1962).

In addition, the album contains some postcards dating from 1948, which were sent from Longford by a man called Peter to a Doris Clarke, who was then residing at the Corestin Private Hotel, Port Isaac, Cornwall. Judging by the language used in the messages, Peter and Doris appear to have been sweethearts, or maybe even married to each other.

Patrick is eager to learn more about the people featured in the photographs, and whether they may have relatives still living in the Longford area.

“If there are close relatives in Longford who would like the album, I would be happy to pass it onto them,” he said. If you can provide any further information, contact the Longford Leader on 043 33 45241 or email patrick.conboy@longfordleader.ie.