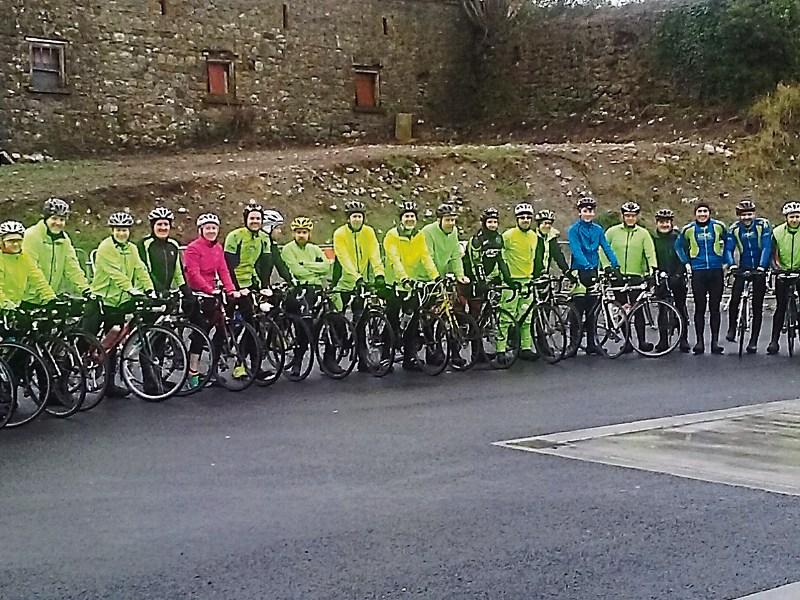 Longford Cycling and Racing club are offering locals a chance to get on their bikes and get fit this year, by running a couch to 60k programme.

Club member and keen cyclist Carl Sullivan outlined the club’s aims, and told the Leader a little bit about the new initiative.

“The aims of the club are to promote cycling among beginners and also help people improve and get fit,” Carl began. “We also have a competitive side and we compete at national levels.

“This couch to 60k is an initiative which we did in the past to encourage people to cycle, to start off with a short distance and build up over a period of six to seven weeks.”

As well as building up your stamina, the club will help teach cyclists about safety on their bikes and how to cycle in groups.

Though it seems like a daunting challenge, Carl also explained that participants need not make a big commitment straight away.

“Everyone is entitled to three free spins with the club to get going. The first week is February 21 and we will meet at Halford’s at the N4 Axis Centre at 10 o’clock and we have assigned road captains to bring out a group of beginners each week.”

As well as the obvious health benefits, Carl also alluded to the social benefits of taking up cycling and joining the club, revealing that it’s a great way to make friends.

According to Carl, the first spin will be 25km, building up each week to the Terry McCormack charity cycle in April.

“The ultimate goal for participants is to be able to handle our own cycle during cycling week, the Longford Cycle Tour on June 19,” Carl added. “If they do this programme, they will be well able to take part in any of the cycles safely and enjoyably.”

For more information on the club and the couch to 60k programme, search for Longford Cycling and Racing Club on Facebook.