Kathleen set to pull her last pint at Milo's 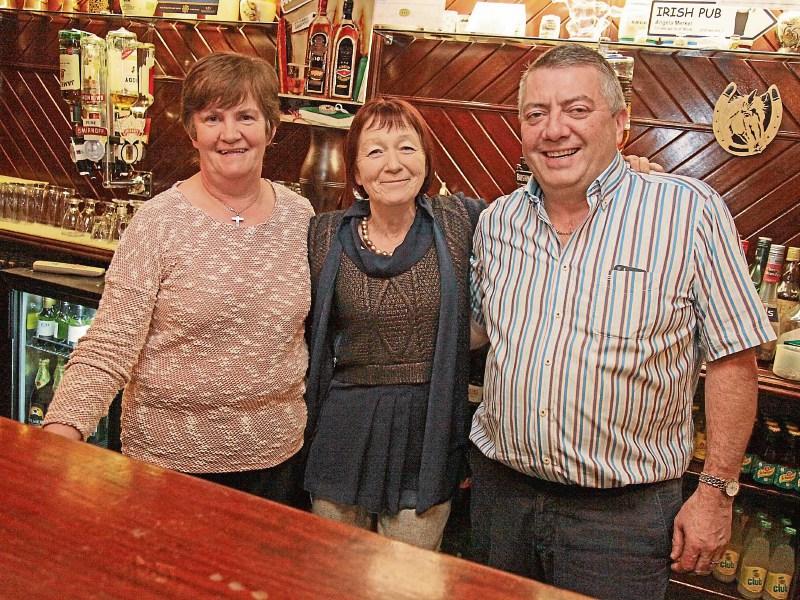 There was much celebrating at Milo's bar in Longford town last Friday night as family, friends, colleagues and customers came together to wish staff member  Kathleen Bracken well on her retirement.

The popular barwoman, who officially finishes work this coming Friday evening, admitted she had no idea a party had been planned for her and said she was pleasantly surprised when she walked in for what she believed would be some quiet drinks with friends.

“Stop the lights; I nearly died!” Kathleen told the Longford Leader when asked how she felt when she realised a surprise party had been thrown in her honour.

“I was so shocked I went to go out but I was pushed back in; I think Milo was trying to get me back for the 50th birthday party we had for him last year - he's some man for one man!”

Originally from Mountbolus, near Tullamore, in County Offaly, Kathleen said she moved to Longford 34 years ago.

“It was work that brought me to the area,” she explained. “I was friends with Mary and Jimmy Bracken and I was up visiting them when I applied for a job with Longford Textiles. I got an interview and then got the job, and started working there in February 1982.

“I then started working in Andy Byrne's pub for Pauline, two years after Andy died, and have been working for Milo for 16 years since he took it over.”

Asked what she plans to do next, Kathleen said: “I have nothing planned. I'm just going to take each day as it comes and I hope I get the health to enjoy it.

“I've been told the place won't be the same without me - so they say anyway,” she laughed.