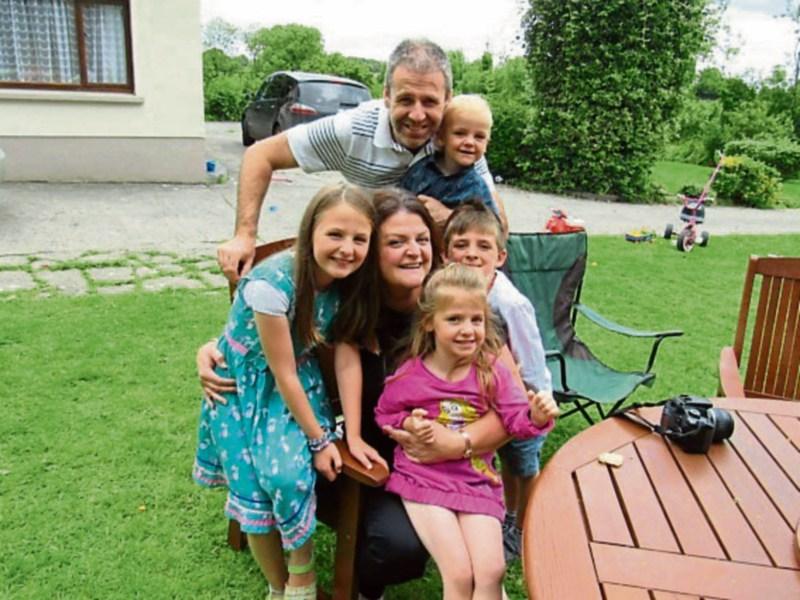 At just nine days old, little Sean Hogan started his first round of chemotherapy, after being diagnosed with an extremely rare form of cancer.

The youngest son of Sinead and Barry, Lisnacusha, he went on to spend the first four months of his life in hospital.

A frightening and stressful time for the family, Sinead told the Leader that invaluable assistance came in the form of Galway-based children's cancer charity, 'Hand in Hand'.

“Within a week of taking us on board, they had childcare services organised for me, they had a laundry tab set up at the local laundrette.

“It's practical support for families who are in dire need of it,” the mother-of-four continued. “There's no hidden agenda, they just give you the help and that's it.”

Thankfully, now 2-and-a-half years old, Sean is in remission since October, and attends regular scans to ensure that his good health continues.

However, the tables have turned and it's now the Hogan family who are working to help out the 'Hand in Hand' charity. Last month, it was revealed that the charity are facing a financial crisis, which raised fears that they would have to cease operating.

“They ran into difficulty late last year, it just became a crisis after Christmas.

“They’ve had to turn families away,” Sinead said, explaining that while they were initially a Connaught-based service, they saw an increased need for their services around the country.

“I had never heard of the charity until Sean got sick - none of us know when we’ll need the service.”

To try and help the charity, Sinead is organising a family social event in Lanesboro Hall on Good Friday, March 25 from 4pm to 6pm, an idea she got from her friend, Annette Clancy.

Pointing out that it’s a nice event for families to get together and have fun, Sinead explained that there will be tea, coffee and food on the day, as well as a raffle with some excellent prizes. What’s more, the kids will be kept entertained with some music and fun activities.

According to Sinead, it’s a community event, for a community who have been extremely helpful and supportive towards Sinead and her fundraising goals, and she added a sincere thanks to all who have helped out in any way.

For more information on the event or on how to donate to the charity, search for Family social /Good Friday 25th March on Facebook or visit www.handinhand.ie.