An 'Eipic' role for Daire

Tune in to TG4 tomorrow, Thursday, February 4 at 10pm to see Daire star in 'Eipic' 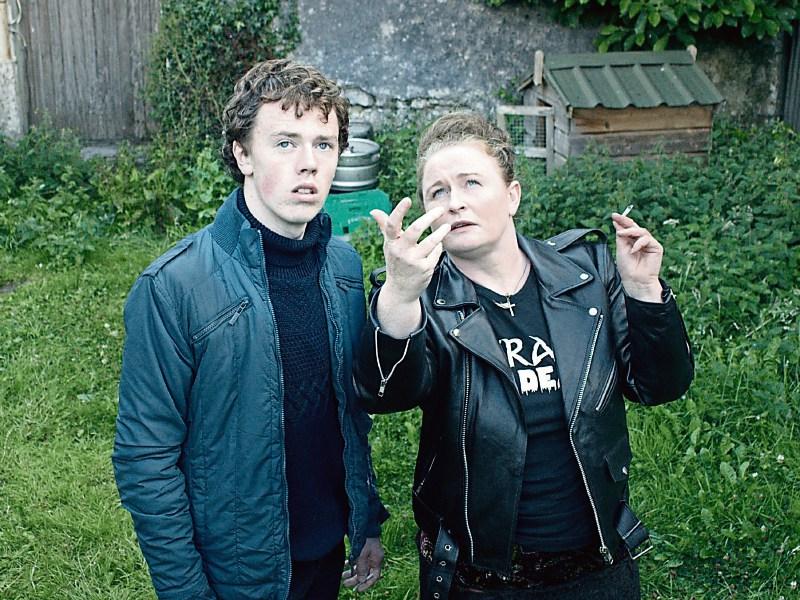 Tarmonbarry teenager Daire O’Muirí will make his television debut tomorrow, Thursday, as he joins the line-up of an exciting new musical comedy drama on TG4.

“It’s about five teenagers who decide to take over the local Post Office to start a musical revolution. They form a band,” explained Daire.

Describing his character Aodh, he laughed, “He wouldn’t have had much of a social life before joining the band,” though admitted that he was a very interesting character to play.

A talented actor, Daire is an active member in Backstage Youth Theatre and has performed in a number of their annual Pantos as well as in last year’s production of ‘Frank Pig Says Hello’. He has also joined the renowned Beezneez theatre group on stage.

But acting wasn’t the only skill that Daire had to display to secure the part.

It being a TG4 show, the St Mel’s College student had to also speak as Gaeilge, and what’s more, the role also called for his skills as a musician; singing, and playing the flute and drums, the latter of which he learned especially for the role.

Looking forward to the show’s premiere tomorrow night, the fifth year student pointed out that acting on screen and on stage are completely different.

“I love each one in their own way,” he added, before revealing that he’ll be looking into more auditions in the future.

“Acting is something I definitely want to do in the future,” he admitted. “It’s whether I do it professionally or keep it as a hobby… I still haven’t decided.”

As for ‘Eipic’, making the six-part series has been educational and memorable and Daire concluded; “It was a great experience, probably the best thing I’ve done in my life so far!”

The brand new six-part series will premiere on television tomorrow, Thursday, February 4 at 10pm. Meanwhile, the show is already available to watch online on the TG4 player.