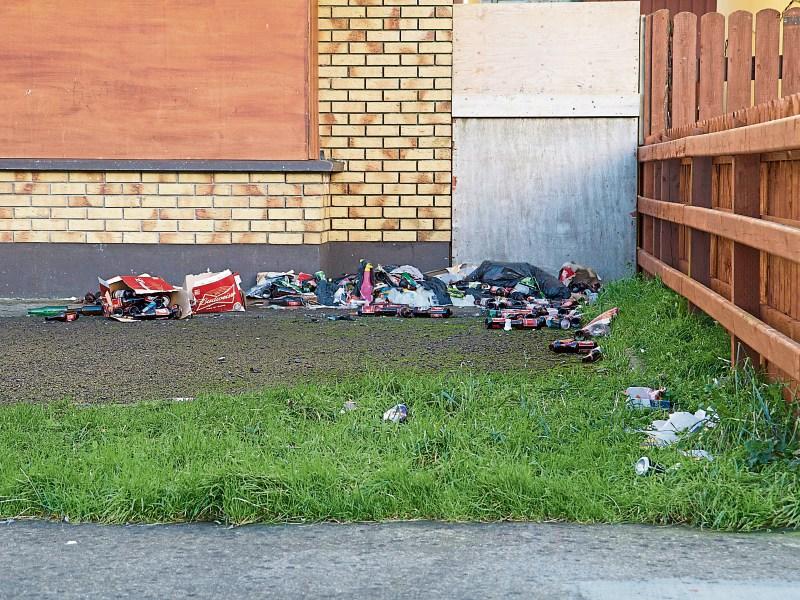 Drawing attention to the anti-social problems at Palace Drive and Grian Ard, Cllr John Browne (FG) complied with regulations by declaring a “vested interest” as he owns property nearby.

“Certain individuals are intimidating others in the area,” he continued.

Cllr Browne also noted the condition of a property near the Intreo offices, saying “there was a fire set at the front door months ago and it still hasn't been repaired. Can we write to the owner and get them to fix it? Right now it's accessible to anyone.”

Cllr Gerry Warnock (Ind) alleged that “there's a mini fiefdom for criminals” in the area and that the council had to help the many decent people living there..

“CCTV will help the situation.

“We have to throw everything we have at this because there are decent people living in the area and they need to know we're working for them.”

During her turn to speak, Cllr Peggy Nolan (FG) revealed homeowners had been driven from the area due to criminal activity.

“I know couples who moved there from council houses and have had to move away because of intimidation.

Municipal District Cathaoirleach Seamus Butler said: “Their modus operandi is that they get into an area and fill it with their own people using bullying tactics.

“I've been assured by the Gardaí that there are patrols in the area but there's little improvement.

“We have to wear them down because they don't want the spotlight put on their activities,” Cllr Butler said.