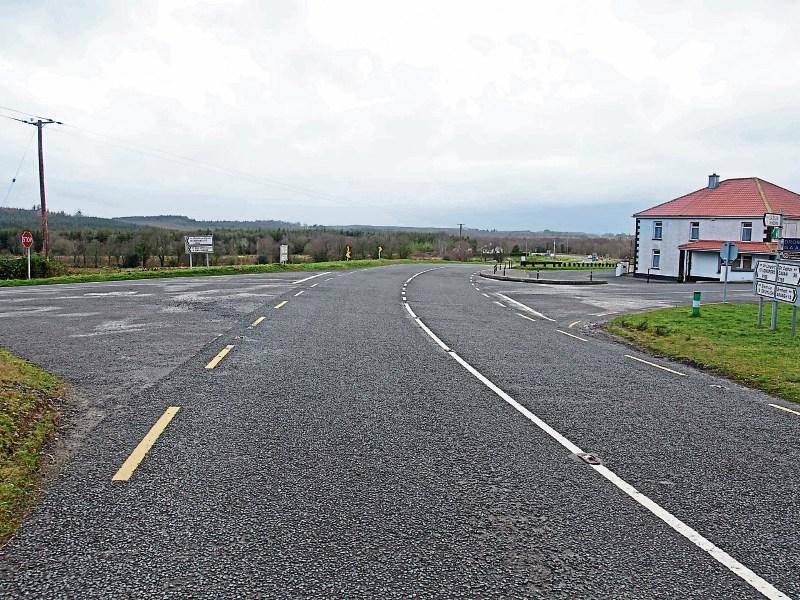 A petition is currently circulating in the community of Drumlish, urging the County Council to address safety concerns at Gaigue Cross.

The junction, located to the northeast of the village, is a busy meeting point for traffic, with roads linking the area to Arva and Ballinamuck, and there is also a school close by.

“It's a dangerous junction and numerous people have contacted me about it,” said local County Councillor Luie McEntire (FF), who submitted a motion to discuss the issue at yesterday's meeting of the Granard Municipal District.

Cllr McEntire described the crossroads as “a hive of activity” and that the main concern for motorists is “the view looking towards Arva is restricted as you're coming in from Ballinamuck. There's also an incline at that spot, which doesn't help either.

“It has been highlighted on numerous occasions and Cllr Paraic Brady (FG) and myself have been working on bringing it to a head,” he added.

Cllr Paraic Brady said, “Works were carried out there before and it should have been done then but money ran out.

“I have spoken to the farmer who owns the land alongside and he's agreed to give the land necessary for works to be carried out. There is also a petition being circulated which already has over 400 signatures.”