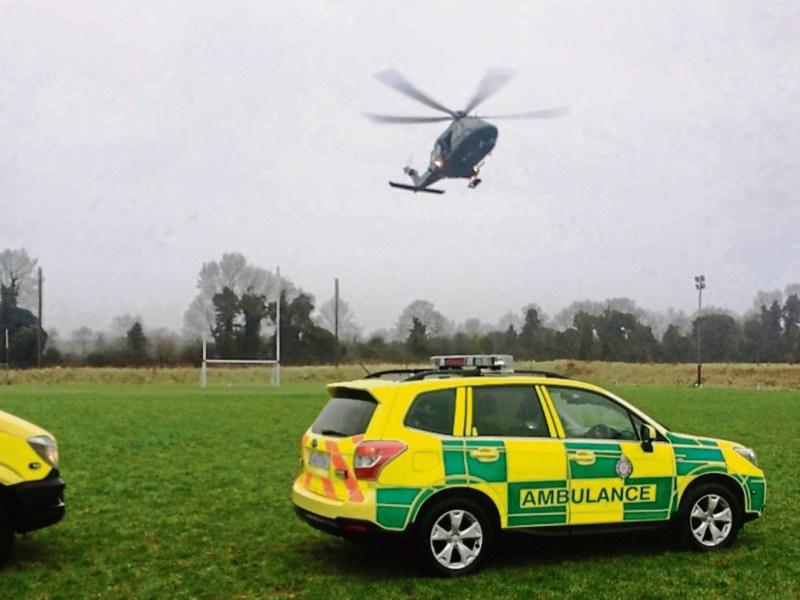 An Under-21 footballer is recovering in hospital after he collapsed during last Saturday’s Hastings Cup semi-final match between Leitrim and Roscommon, which was held at Rathcline GAA Club’s Clonbonny grounds in Lanesboro.

A defibrillator was required after Leitrim player Alan McTague collapsed in the 24th minute of the encounter, with medical treatment administered by physios from both teams. An ambulance arrived quickly at the scene and this was soon followed by the air ambulance, which rushed the player to University College Hospital Galway. The match was subsequently abandoned.

A spokesperson confirmed that McTague – an Allen Gaels club member – was in a comfortable condition and was undergoing tests to discover the cause of his collapse.

“Alan is thankfully recovering and we wish him well,” the spokesperson added.