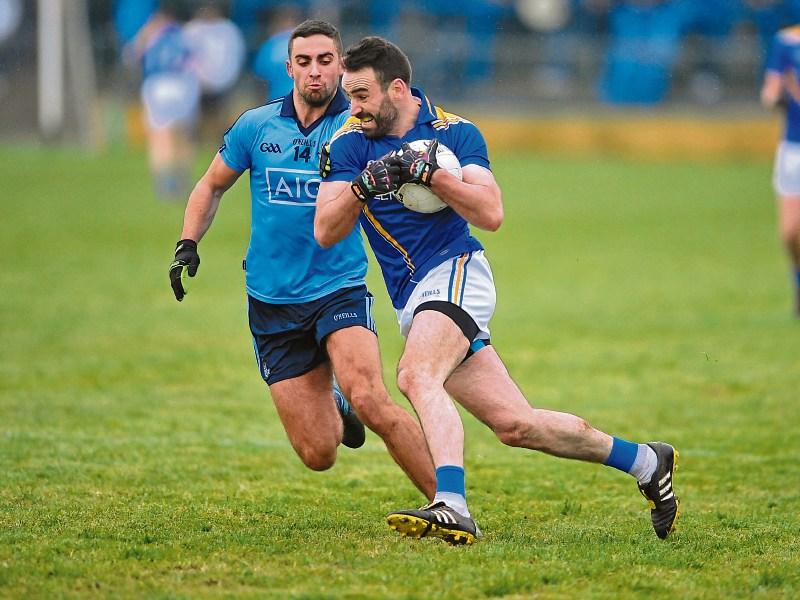 It may only be the O’Byrne Cup but beating Dublin in a competitive fixture is still a very significant achievement and a highly charged Longford side showed great courage to come out on top in front of the 2,000 plus attendance at Glennon Brothers Pearse Park on Sunday last.

Fielding seven members of the team that started in the win over Kerry in last year’s All-Ireland final, Dublin were expected to emerge victorious. But Longford (the 4/1 outsiders) were never headed and eventually clinched a wonderful win when substitute Liam Connerton (son of the manager Denis) struck to score the crucial only goal in the 64th minute.

Daddy Connerton got his tactics spot on to frustrate the All-Ireland champions with a most effective defensive gameplan and in catching out their illustrious opponents on the slick counter-attack, the home county ended up having the comfortable margin of six points (1-12 to 0-9) to spare in the finish.

Sharper and fitter than the sluggish Dubs, the very committed Longford men battled bravely throughout the game to spring a big surprise and if they can reproduce the same tremendous team effort in the O’Byrne Cup final at Pairc Tailteann in Navan on Sunday then a rare success could well be achieved.

Meath provide the opposition in the title decider (throw-in 2.30pm) and while a number of newcomers have been introduced by manager Mick O’Dowd in the pre-season Leinster tournament, a few familiar faces were in action against Louth in the other semi-final on Sunday last.

Key defenders Donal Keoghan and Mickey Burke, midfielder Graham Reilly and attacker Michael Newman (top scorer with five points) all figured prominently as Meath held out to win by the minimum of margins (0-11 to 0-10) in a close encounter at the Drogheda grounds.

Home advantage is now in their favour, which may well prove to be a decisive factor as was the case for Longford in taking Dublin down, and one of the rising young stars on the current Meath team is midfielder Harry Rooney.

Cillian O’Sullivan, the centre-half-forward against Louth last weekend, is another emerging talent in the royal county who will be bidding to capture the O’Byrne Cup for the 9th time on Sunday next.

Longford, on the other hand, last won this competition in 2000 when they got the better of Westmeath in the final at Cusack Park in Mullingar and the county were also crowned O’Byrne Cup champions way back in 1965.

But no matter what happens in Navan on Sunday next, survival in Division 3 of the National League this season is very much the main objective for Denis Connerton’s squad and anything else will be a bonus.