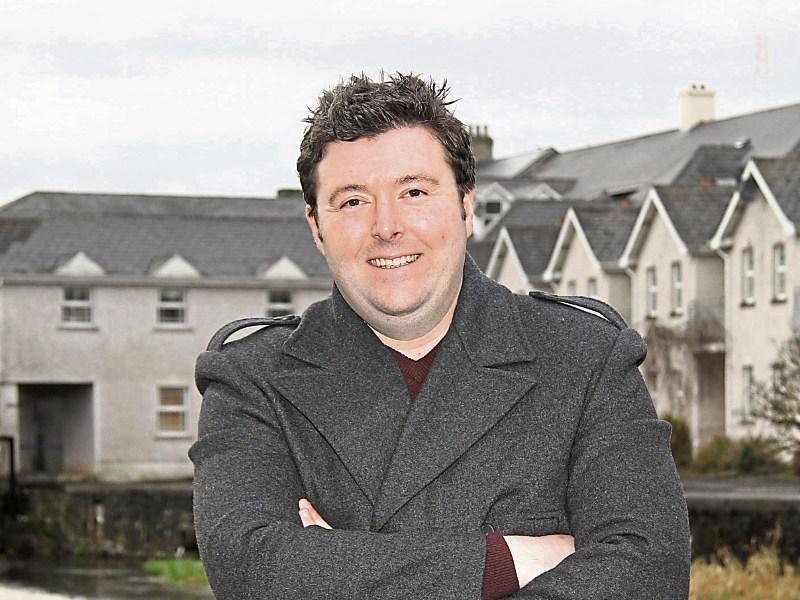 Following mounting speculation regarding his General Election campaign, Cathaoirleach of Longford County Council, Cllr Gerry Warnock, officially announced last week that he will not run in this year’s election.

Citing family and professional obligations among his reasons, Cllr Warnock said it was a decision which came about as he spent Christmas with his family.

“Over the Christmas break I did have a chance to kind of weigh up everything and the decision was based on two things,” he told the Leader.

With two young children, aged 3 and 6, the Cathaoirleach added that he wanted to spend more time with them, which would be difficult to do while campaigning and, further down the line, should he have been elected.

From another point of view, the, now former, Social Democrats candidate admitted that while he thought his position as Cathaoirleach would be an advantage to him in his bid, he revealed that it’s a busy and exciting time, which he would have missed out on if he had continued with his campaign.

“I’m looking forward to the next few months, because there’s a lot of good things happening in Longford,” he continued, alluding to initiatives including the Regeneration Project. “I’m better off staying where I am at the moment, just to see that work out.”

Grateful for all the support he has received, Cllr Warnock then went on to offer his best wishes to those running in the General Election, which is expected to be held on February 26.

In a press release, issued shortly after his announcement, he stated; “It is not an easy thing to put one’s self forward for public office and I admire anyone, irrespective of their political beliefs, who has the courage and the conviction to put themselves out there.”

While he has called a halt to this year’s bid, it’s better considered a postponement than a cancellation.

Adding that he is “very much committed to the ideals of the (Social Democrats) party” and that he would help them in any way he could in the run up to this year’s election, Cllr Warnock also revealed that in the future, when the time is right, he will start up his campaign again.

“It’s my strong intention to put myself forward for future elections,” he said.