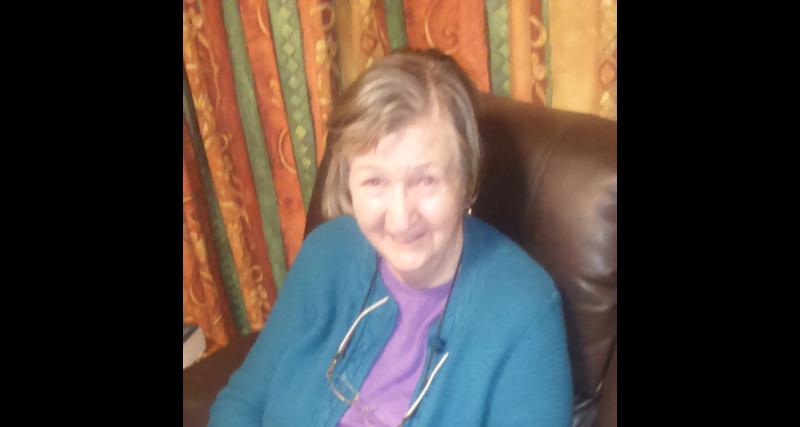 It was with deep regret that we learned of the death on Wednesday, April 21 of Mrs Mary Wynne (nee O’Neill), Drynan, Ballymahon.

Predeceased by her grandson Luke, her brother Fr Patrick and sister Sr Helen, the late Mary was a proud Co Clare woman. She was born in 1932 and following her schooling in Mountmellick trained to be a domestic science teacher where she started in Galway.

She met her future husband Garda Bill Wynne at a dance in Gort. Herself and Bill would have been married 55 years this year. He was stationed in Aughnacliffe before moving to Ballymahon where he was stationed for a long number of years and was a very popular member of the force with both the public and his work colleagues.

Mary worked in Ballymahon Mercy Secondary School for a long number of years. She taught in the Vocational School here for a while where she also ran night classes and she also taught in the Tech in Granard.

She firmly believed that boys should learn how to cook and this she succeeded in doing with many students over the years. She was always a kind and caring lady, a loyal and true friend to many and a much-loved teacher by her pupils and teaching staff.

Together with being an avid reader,  Mary was absolutely gifted with her hands. She made all her children’s clothes when they were young and also made her two daughter’s wedding dresses as well as her own.

She liked to experiment so she turned her hand to crochet, lace, embroidery, cross-stitch and even basket-weaving and was regularly asked to judge at agricultural shows around the country which she loved.

Mary was an active member of the community down the years, she enjoyed a game of Whist, baking cakes for the annual church bazaars , was one of the Founder members of Club ’91 and was actively involved in Community Games.

At her Funeral Mass on Saturday, April 24,  in St Matthews Church, celebrated by Fr Liam Murray, family members carried symbols of Mary’s life to the altar.  These included some cross stitch, her intricate needlework; a cookery book representing her professional and family life, and what a great cook she was.

Also brought to the altar was a newspaper, she liked to keep up to date with current affairs but particularly loved to work out the cryptic crosswords in the paper and also apPhoto of her much-loved grandchildren who, together with her own children, were so important in her life.  A daily Mass-goer, Mary loved to meet up with her friends for a coffee and a chat, she was always very outgoing.  The beautiful singing at her Funeral Mass was performed by Ann Keenan accompanied by organist Padraig McGowan.

Her daughter Mary spoke lovingly of her mother at the end of the Mass when she thanked her wonderful neighbours who cared for both her parents so well, especially during the pandemic over the last twelve months and spoke of how her mother was always there to offer advice to her children. Being the proud Clare woman, her mother brought them all down there every Summer when they were children and how she will be dearly missed.

Many neighbours and friends lined the road to Shrule cemetery as the cortege passed as a mark of respect to Mary and her family all of whom are highly respected in the area.