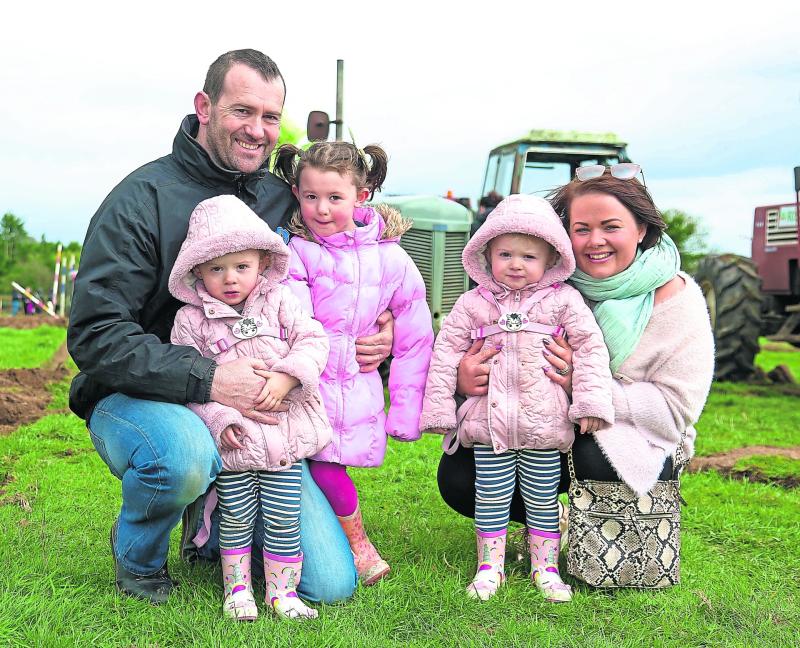 All roads led to Granard on Sunday, March 24, as the 85th annual Longford ploughing took place on the fields of Patrick Durkin and Sean Donohue.

The crowds gathered from the early afternoon, on what was a cool, but mostly dry day. Although there was the occasional shower on the day, nothing could quench the people’s thirst for ploughing action.

“It is a great honour to have the ploughing back in Granard,” PJ Reilly said.

“We are honoured to say it is one of the largest county ploughing championships in the country.”

With an array of stalls, activities, games, music, dancing, competitions and ploughing classes, there really was something for everyone attending the event in Granard.

Musical entertainment came in the form of The Ramblers' Sarah Haughey, Erin & Grace Ross and the John Dungan Ceoltoiri, who were also joined on stage by special celebrity ploughing guests Keelan Arbuckle and Olivia Douglas. There were also performances from some local talent on the day.

Read also: Longford Ploughing Association welcome back people of the plough to Granard

Other top activities which drew the crowds included Farmer Chris and his mobile farm, face painting, the food fair and a bouncy castle.

Also on the day was a showcase from Dodderside sheepdogs, with the dogs in question herding geese rather than sheep.

Cattle enthusiasts also got the chance to see some Scottish Highland cattle up close and personal, while Boxty lovers got to feast their eyes on a boxty and butter making demonstration.

There were also prizes on the day given to the best-dressed lady and gent, sponsored by McEvoy Chemists and won by Grace Kearney and Seamus Finnan.

The main ploughing classes to catch the eye were the senior open and the queen of the plough classes.

All-in-all, it was a great day for people of all ages.