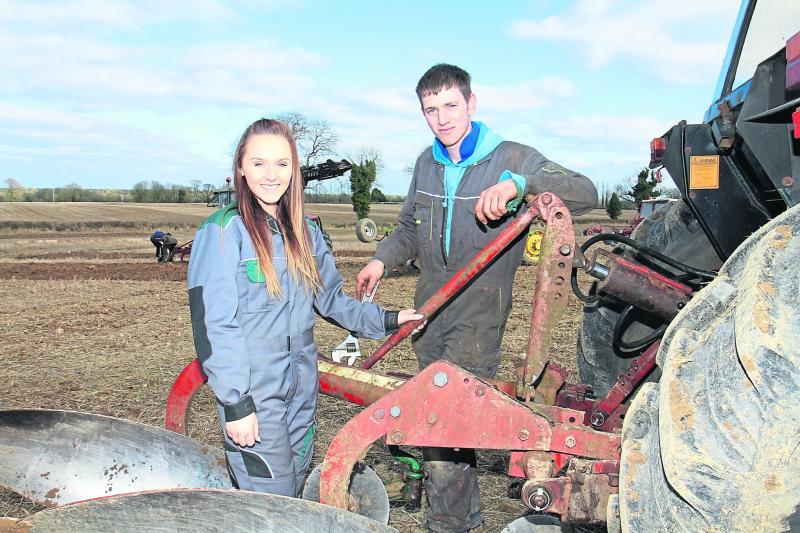 The 1980s was an era of doom and gloom in Ireland, with emigration taking its toll and the youth leaving the land in droves.

Longford Ploughing, like many clubs at the time, felt the vacuum within and wondered what they could offer to improve their lot. Without reaching out in some way, the club would stagnate. A delegation of four then met with Anna May McHugh, managing director of the NPA.

Led by Bobbie Connolly the group included; Bernard Jordan, Raymond White and Bertie Mills. They explored the merits of a novice ploughing match. However, the issues of safety, driving licences and insurance clouded the proposal and it vanished into oblivion.

Disappointment filled their hearts as they travelled home. The challenges facing them were elusive and one thing was certain, “the lady was not for turning”.

Meanwhile, plans continued for Longford’s annual ploughing match scheduled for Saturday 22 March 1986, on the farm of Bertie and Edre Mills in Abbeyshrule.

The dream was not allowed to perish. Guided more by emotion , a group of experienced ploughmen assembled early on the morning of the county ploughing match and the first ever novice ploughing match was held and completed before the main event got underway.

The first pupils of this unofficial academy of cultivation were Thomas Donegan driving an Ursus 3512, David McCormack on an International 444, Neville Mills with a Ford 5000, Gavin White on a MF 148 and Niall Whitney had a MF35. Visiting ploughing judges marked the plots, chatted with the pupils and explained the scoresheets.

Discipline was paramount. For without the wing of the NPA, nobody wished to tempt misfortune with the youngsters. This discrete hedge school of ploughing continued before the main event, year after year.

Every single tutor’s effort was generous and brave, for if a master's machine was to break down during the performance they would be unable to compete in the official competition and risked being left out of the qualifying rounds for a whole year. They ensured the club’s survival with the involvement of younger members.

Over the years Longford have fielded a strong team at many ploughing matches, locally and nationally. Silverware was hard won as Longford folk competed with individuals from arable counties. It was frequently noted how Longford travelled in droves and often outnumbered the resident team at events elsewhere.

Eventually in the Millenium year of 2000 as a means to encourage young people to start ploughing, the NPA grasped the nettle and Granard finally got it's opportunity. Though some rules were forgotten as emotion catered for younger dreams once more.

The seed was sown on a cold, wet, inconsiderate morning, between the Royal Canal and the aircraft hangar, in a field near Abbeyshrule. God speed the Plough.