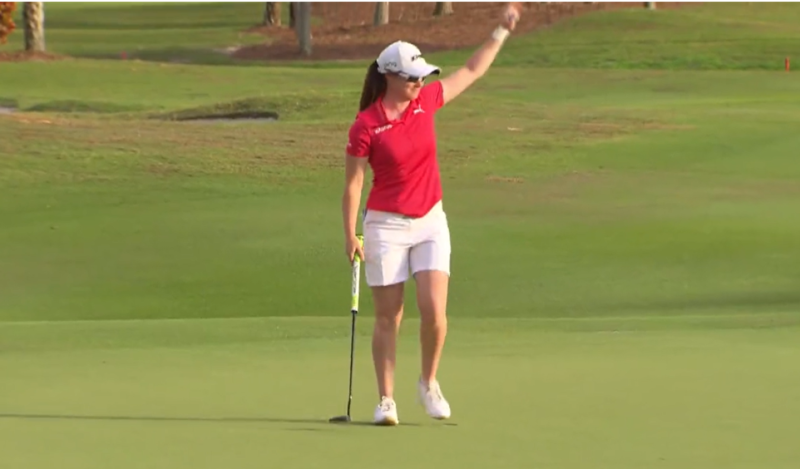 Commenting on her achievement on Twitter, he called it "a brilliant achievement" and said, "The whole of Ireland celebrates your victory today."

Cavan-native Maguire went into the final round of the 54-hole competition - which ran from February 3 to 5 - tied for the lead with American Marina Alex.

The 27 year old finished on 18 under par to win by three shots from Lexi Thompson.

Speaking on Twitter yesterday (Sunday February 6) about her win, she said, "Dreamt about this moment for a long time and we’re only getting started. Couldn’t have done it without the help of my incredible team and family."

Thank you Mr President It’s an honour to represent our wonderful country around the world https://t.co/gsuCPFmPYe

President Michael D. Higgins also congratulated her on the win, stating "Congratulations to Leona Maguire for her historic achievement in becoming the first Irish LPGA Tour winner at the Drive On Championship. Another fantastic Irish sportswoman leading the way internationally."

Avid golfing fan and singer, Niall Horan, cheered her on during the final round and tweeted following her win.

He said, "Couldn’t be prouder of you Leona. Incredible performance."

Maguire dedicated the LPGA trophy to her mother, Breda, whose birthday reportedly coincided with the win, and stated her grandmother is "smiling down tonight, proud of the helping hand she gave with this year's present".

She expressed her intention to continue her upward trajectory in a tweet to fellow professional golfer and 2020 AIG Women's Open champion, Sophia Popov.

Maguire said, "We’ve come [a long] way my friend. Excited to chase our dreams and trophies for another 14 years with you."