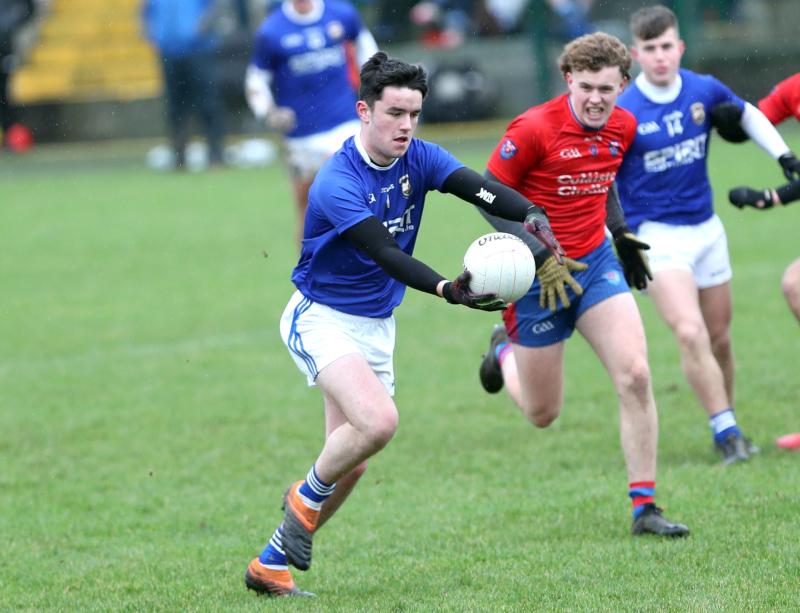 While St Mel’s College were beaten by Colaiste Choilm, Tullamore in a tough battle played in difficult conditions at windswept Glennon Brothers Pearse Park on Wednesday, they still made it through to the knock-out stages of the Leinster Schools Senior ‘A’ Football Championship.

After drawing with Moate Community School in their other group fixture, St Mel’s finished in second place ahead of the Westmeath side on scores difference with both losing out narrowly against Colaiste Choilm.

The already qualified Tullamore outfit snatched the winning score in stoppage time against St Mel’s with Killian Martin shooting over the bar to complete a great recovery as the visitors trailed by nine points (1-6 to 0-0) at one stage in the first half.

All the scores for wind assisted St Mel’s came from their quality centre-half-forward Matthew Carey but Colaiste Choilm came storming back with a brace of goals from Robbie Gallagher and hit the front for the first time when defender Daire McDaid flicked the ball to the net in the closing minutes of this scrappy game.