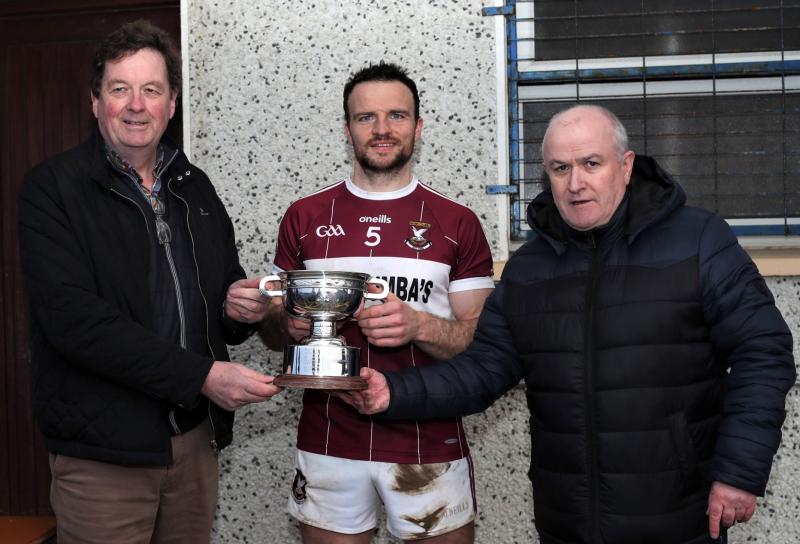 Despite having to play most of the second half with 14 players after Gary Rogers was sent-off after receiving black, yellow and red cards during the course of this entertaining encounter, St Columba’s showed a lot of character to complete the grand slam of the 2021 senior football titles.

A tremendous treble achievement, to say the least, with Mullinalaghta also winning the Championship and Division 1 league this season.

It was a tough defeat to take for Killoe who were unable to capitalise on numerical advantage after Rogers was dismissed with five minutes gone on the changeover.

Emmet Og also finished up with 14 players on the pitch after Ciaran Donohoe was sent-off in the 58th minute (black/yellow/red cards) with the sides all square.

Extra-time was looming before Cunningham cut in from the left to fire over the winning point, much to the sheer delight of the Mullinalaghta supporters.