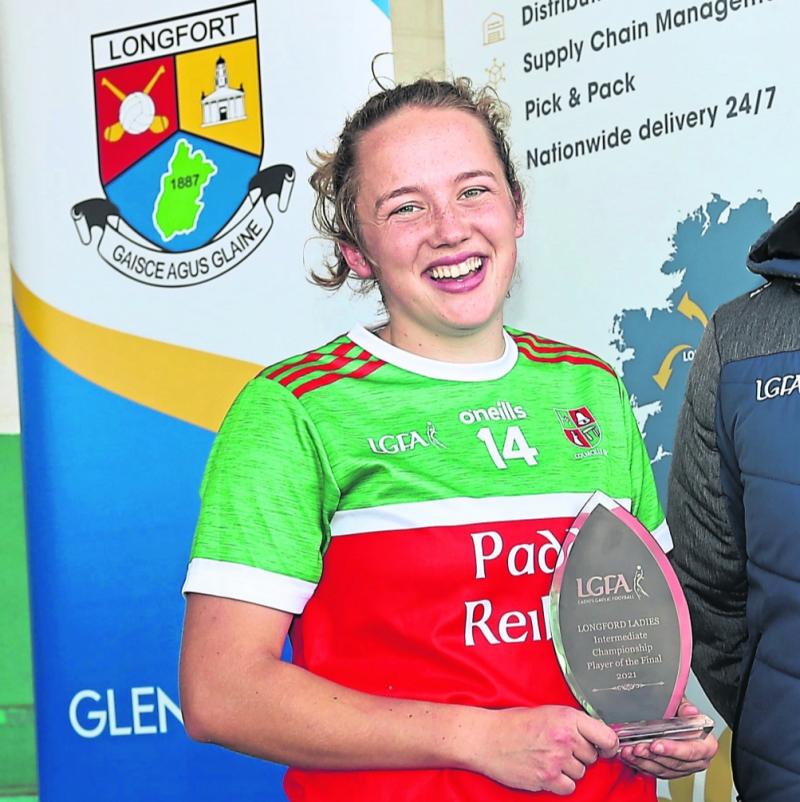 The Longford Intermediate champions Colmcille crossed the first hurdle in the Leinster Junior Club competition when they proved too strong for Louth opponents Kilkerley Emmets at McGee Park on Saturday last.

Colmcille got off to a dream start with a goal from Megan Jobe. Kilkerley levelled things shortly after when a long ball into the square by Lucy Litchfield bounced into the net.

Colmcille settled well and shot some lovely scores through Megan Jobe, Michelle Farrell and Maebh Grant to establish a comfortable 1-9 to 1-3 lead at half-time.

Colmcille started strongly in the second half with two quick points from Michelle Farrell and Nessa Farley. Grainne Reilly then produced the score of the game with a strong run and interplay with Shannon Bransfield before finishing the move herself with a point.

Kilkerley fought back gamely in the final quarter, with Ella McEnteggart scoring two goals and Ciara Lennon also prominent throughout.

Colmcille finished with a flourish with fine scores from Emma-Jane Hawkins, Caroline Doyle and Maria Farley to run out comprehensive winners in the end.