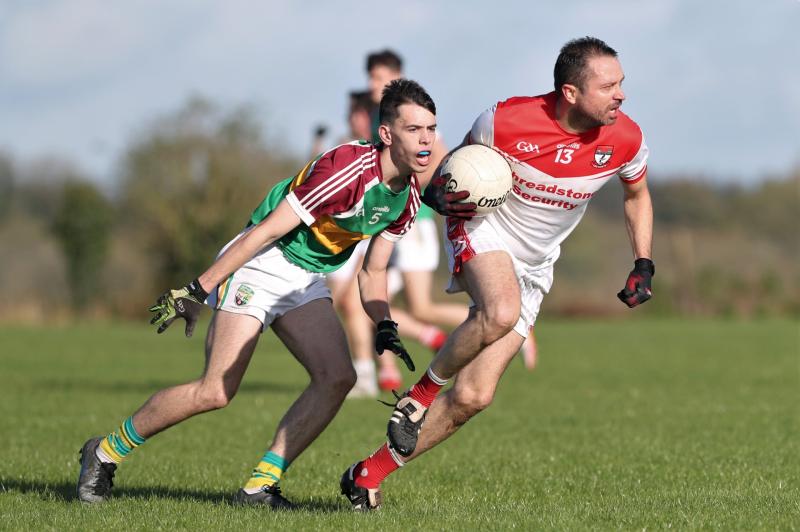 Ballymahon are back in the Intermediate Football Championship final after scoring a convincing victory over Ardagh Moydow at Michael Moran Park, Carrickedmond on the Bank Holiday Monday.

Meeting the same opposition in the penultimate stage of the county championship for the third year in a row, Ballymahon rallied from last year’s heavy defeat to reach the final for the second time in three years.

Two crucial goals in the first quarter of the game from Kyle Fitzmaurice and Mark McCormack gave Ballymahon a considerable lead which they held from beginning to the end and the victory over Ardagh Moydow was sealed when Aaron Nally found the back of the net with time almost up.