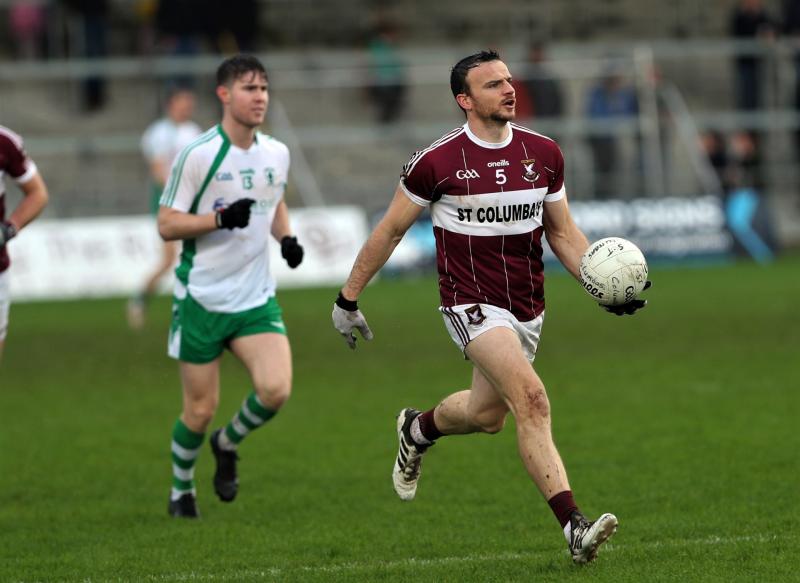 Mullinalaghta are back in the Senior Football Championship final for the first time since they completed a magnificent three-in-a-row in 2018 with crucial late goals from James McGivney and Michael Cunningham giving them the edge over the title holders Killoe.

Played in difficult conditions at a wet and windy Glennon Brothers Pearse Park on Sunday evening, St Columba’s were in front throughout the match but just a solitary point separated the sides (0-7 to 0-6) when Mark Hughes converted a free for Emmet Og in the 47th minute.

During that same period of the semi-final clash, Mullinalaghta were down to 14 players after full-back Patrick Fox received a black card in the 44th minute but Ciaran Fox’s side showed a lot of character to overcome this setback.

James McGivney pounced on the breaking ball in weaving his way through for a well-taken goal in the 53rd minute and soon after Michael Cunningham planted a cracking strike into the back of the net (56th minute) to clinch a deserved victory for St Columba’s who now meet Mostrim in the county final on Sunday November 7.