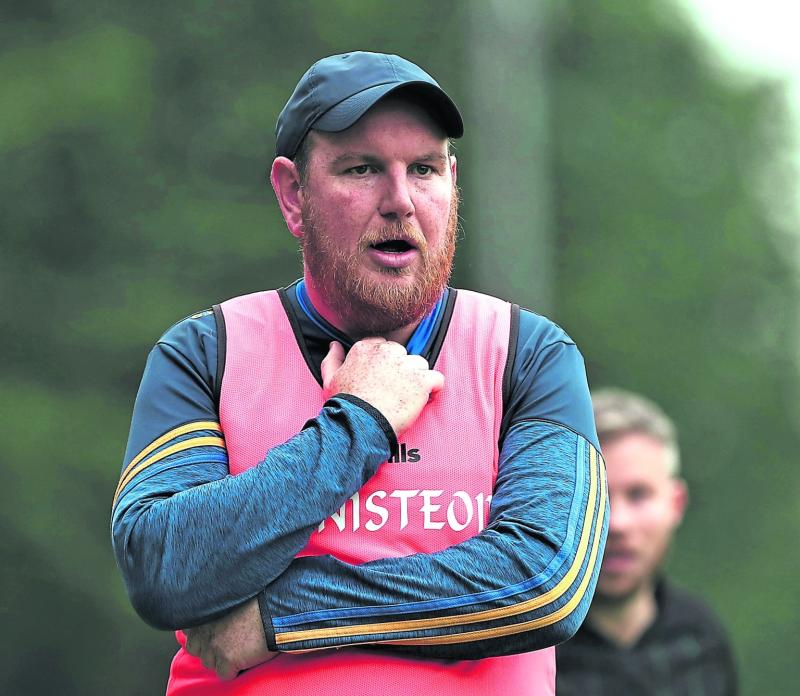 Mostrim, who played remarkably well to finish top of Group A, will meet Dromard with Colmcille facing the challenge of Granard and one of those clubs will end up in this year’s Connolly Cup decider.

In the other half of the draw the reigning champions Killoe, chasing a three-in-a-row, will take on Abbeylara while the Group B table toppers Mullinalaghta confront Carrickedmond who sprang a surprise to knock Slashers out of the Connolly Cup.

Emmet Og and St Columba’s have dominated the championship in the recent past, winning the last seven titles between them (2014 to 2020). Will the great rivals end up clashing in this year’s semi-final?

Killoe can take absolutely nothing for granted against Abbeylara in the first of the quarter-finals on Saturday and are feeling the strain of having to play seven championship games in the space of eight weeks including the conclusion of the Covid delayed 2020 Connolly Cup campaign.

It has developed into a rush job to get this year’s senior, intermediate and junior championships completed in time for the start of the Leinster Club competitions on the week ending Sunday November 21.

Following a couple of narrow wins against Slashers and a draw against Colmcille, a first defeat for Killoe in 2021 materialised in the remaining group fixture against Mostrim last week.

While it was a game that mattered little with both sides already through to the last eight, Emmet Og suffered a significant setback in their quest to capture another county title when key forward Mark Hughes was forced to retire injured. Hughes has been in brilliant form and his loss will be a serious setback.

While Abbeylara will be quietly confident of causing an upset with a potential matchwinner in chief marksman Robbie Smyth, it looks like a win for the stronger Killoe side.

Next up on Saturday is the meeting of Mullinalaghta and Carrickedmond and it will be a major shock if St Columba’s fail to advance further after winning all five games in the group stage.

Having said that, Carrick scored their biggest win in a long time when they knocked Slashers out of the championship a couple of weeks ago to secure their senior status and will be very determined in their bid to give it their best shot with nothing to lose.

Switching to the other two quarter-finals on Sunday, the team of the moment are Mostrim who have recovered from a heavy defeat against Killoe in the 2020 semi-final to embark on an impressive unbeaten run in the group stage of the current county championship.

New manager Ray Hussey is getting the best out of the Edgeworthstown players but they could be hard pressed to defeat revitalised Dromard who battled back from losing their first three fixtures to clinch a place in the quarter-finals.

The subsequent convincing wins over Clonguish and Rathcline will have put Padraig Brady’s charges in a fairly confident frame of mind and they cannot be ruled out such is their scoring power with a tight contest probably in prospect here.

Colmcille and Granard will clash for the other place in the last four and while the youthful St Mary’s side are showing a lot of promise in producing a neat brand of football, they are facing a tough task on this occasion.

Eugene McCormack’s side are generally regarded as one of the main contenders for the title and after coming through the group stage unbeaten (three wins and two draws), there is a growing belief that the north Longford club could go on to capture the Connolly Cup for the first time since 2008.

Granard might have something to say about that and while the powerful Darren Gallagher will be hard stopped in the midfield battle, Colmcille have the edge in overall experience and should come out on top.

It took 30 games in the prolonged group stage to knock four of the twelve senior clubs out of the 2021 championship and the biggest surprise was the failure of Longford Slashers to qualify for the quarter-finals.

The 2019 and 2020 beaten finalists are now pitched into a relegation battle against another  notable casualty Clonguish.

The neighbouring clubs have a tremendous tradition, winning a total of 29 senior titles between them, and it is  hard to believe that one of them could end up in the Intermediate championship next year.

Rathcline and Fr Manning Gaels clash in the other relegation semi-final this weekend and it is the general opinion that the Drumlish/Ballinamuck side are under the most pressure in the battle to avoid the drop after losing all five fixtures in the group stage.